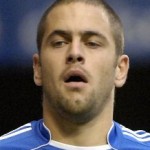 A few days ago, I wrote an article discussing the online betting for next season’s Premier League title. I found it puzzling that Liverpool were a significantly shorter price than Tottenham going on last season’s form, coupled with the uncertainty surrounding the future of their star players. Gerrard was to be joining Jose Mourinho at Real Madrid and Torres was also allegedly keen to move, that is if anyone is brave enough to risk millions of pounds on a player that looks to have serious issues if his World Cup performances are anything to go by.

I genuinely thought Joe Cole would end up at Tottenham this summer. If the internet and newspapers are to believed, Spurs offer of wages was the lowest of his suitors, and significantly lower than those Liverpool where willing to pay. The way I see it, Liverpool were willing to pay over the odds for a player like Joe Cole as a statement of intent. They are not in the Champions League currently, have appointed a very talented but arguably low profile manager and looked like a club in serious regression last season. Cole’s signing not only shows they are still able to attract players of world class

All this being said, I don’t think it’s the end of the world that Spurs missed out on Cole. We already have a wealth of talent in midfield and paying 100k a week or more for a player in his late 20s who has a very poor injury record probably wasn’t the right move for us in hindsight. I think he was a lot more important for Liverpool than he was for Tottenham.

Do I think Cole’s move to Liverpool will propel them to mount a challenge for the Premier League title this coming season? Not a chance. Do I think he will tip the balance in their favour over Spurs where the battle for a top 4 spot is concerned? I doubt it, but I fully expect them to be better than last season. The only problem for them is, Spurs will be too!