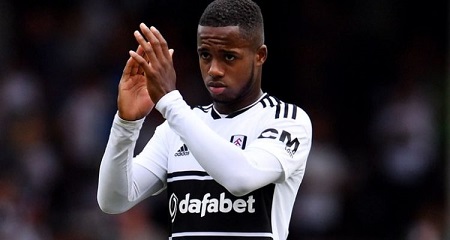 Tottenham have made some significant moves in the transfer market this week. The North London giants are definitely looking to make a statement prior to the start of the new Premier League campaign and I fully expect further arrivals imminently. The question on everyone’s lips is exactly who does Mauricio Pochettino want to bring in to strengthen the squad? Tottenham have been linked with a number of players in recent months and it appears there is plenty of money to spend off the back of last season’s successful Champions League campaign. Although Pochettino has worked wonders with the players he has at his disposal in recent years, it is clear that Tottenham need to make some changes if they are to finally claim some silverware. Online sports betting Australia have Spurs at relatively long odds to do so currently. Here are the names in the frame…

A Portuguese midfielder who has spent the bulk of his playing career in Italy, Fernandes made the move to Sporting CP in the summer of 2017, and has made a number of people sit up and take notice thanks to some impressive performances on the big stage. The 2018-19 campaign saw Bruno Fernandes score a total of 31 goals, quite some return from a midfielder. Although the 24 year old is yet to fully establish himself in the Portuguese national side, he has now made a nine senior appearances and is likely to increase that number before too long.

At just 19 years of age, Ryan Sessegnon is definitely still what you would call a ‘raw talent’. Having made his breakthrough into the Fulham first team at just 16, it feels like Sessegnon has been a fixture in the football world for quite some time. However, there is still a long way to go in terms of improvement and career progression for Ryan Sessegnon. As Fulham were relegated from the Premier League at the conclusion of last season, it is no surprise that Sessegnon’s form was rather mixed. The youngster is still very well regarded off the back of what he achieved in the Championship, and it would be no surprise to see Ryan Sessegnon run out onto the field of the Tottenham Hotspur Stadium in a Spurs shirt within the next couple of months.

Currently plying his trade at Real Betis, Giovani Lo Celso is a fellow countryman of Mauricio Pochettino and it looks likely to cost Tottenham a pretty penny to secure his services. Betis are rumoured to be asking for in the region of €80m for the player, and Spurs are some way off matching the Spaniards’ valuation as things stand. The sports gambling odds I have seen would suggest that Lo Celso is still more likely than not to be heading for North London this summer, but as Tottenham fans are all too aware, Daniel Levy likes to play hard ball in these situations and this one could well go down to the wire. Manchester United have also been mentioned as potential suitors, but Spurs still appear to be in the driver’s seat.