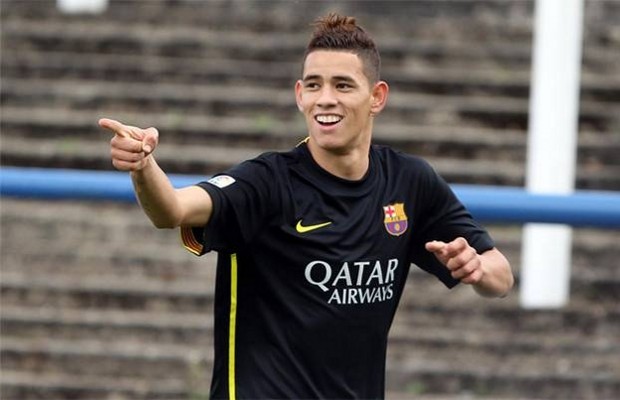 Spurs have been strongly linked with Paraguayan striker Antonio Sanabria today, but the former Barcelona man is hardly what you would call a household name. Having been a part of Barca’s youth set up since 2009, Sanabria was unable to make the breakthrough into the first team, and ultimately signed for Italian side Sassuolo in January 2014. It would later come to light that the player would be moving to Roma come July, as Roma had already reached their quota of foreign players at that time. Roma appeared desperate to get Antonio’s signature, but the striker made just two first team appearances before going out on loan, returning to Spain with Sporting de Gijón. It is at Sporting where Sanabria has made a significant impact, scoring a brace as well as two hat-tricks in his year long loan spell.

Also known as Tonny Sanabria, the Paraguay international’s performances in Spain have caught the attention of Tottenham gaffer Mauricio Pochettino, and Spurs have made an offer believed to be in the region of £11.5m for the young striker’s services. Obviously a player who still has a serious amount of potential, Sanabria is going to be somewhat of a gamble, but he has been sought after by a number of clubs throughout his career thus far and is clearly a talent. Whether he is able to produce the goods in the Premier League on a consistent basis is open to question, but this is the sort of transfer fee where you are going to be taking a bit of a gamble. On the positive side, Sanabria is still very young but will have had a very sound grounding in the game during his time at Barcelona. His spell at Sporting de Gijón was the player’s only real opportunity to show exactly what he is capable of, having got a significant run of games at a club for the first time in his career.

My one concern is the fact Tottenham brought in both Clinton N’Jie and Son Heung-min from other countries last season, with neither able to make much of an impact at the football club. Admittedly, N’Jie was injured for the bulk of the season, but maybe we need a proven Premier League goalscorer to support Harry Kane at the top of the park rather than players who need to adjust to the rigours of the English top flight. The price for a striker of this ilk would obviously be significantly higher, but if Tottenham are to continue to challenge at the top of the Premier League table while also being competitive in the Champions League, it’s one worth paying.