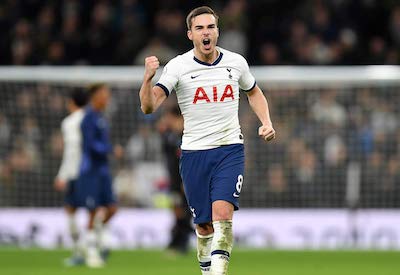 With only a couple of weeks of this disjointed season remaining, and little to play for as far as Tottenham Hotspur Football Club are concerned, I thought now might be a good time to look at the players who will make up the backbone of Jose Mourinho’s side going into the 2020/21 campaign.

Harry Kane – Ok, let’s get the most obvious out the way first! A fit Harry Kane is still arguably the most valuable asset of any Premier League squad. The record breaking goalscorer and England captain is Tottenham through and through. While there have been rumours regarding Kane’s future in recent times, he doesn’t appear to be keen to move on at this stage of his career. When you also take into account Harry’s injury record, his goal return is nothing short of remarkable.

Harry Winks – Opinion seems divided over this central midfielder, but I believe he still has the potential to go on a be a world class footballer. Harry Winks looks to be one of the first names on Jose Mourinho’s team sheet, and his recent performances have definitely screamed commitment. In particular, Winks dogged display against Arsenal showed that he is up for the fight. kingjohnnie odds would suggest that Winks will be a permanent fixture in the starting eleven.

Toby Alderweireld – Having signed a contract extension this past December, Toby Alderweireld looks set to play an integral part for Tottenham Hotspur in their upcoming campaign. Like Harry Winks, Alderweireld strikes me as a player Jose Mourinho feels that he can trust. I envisage that it will likely be Toby and one other making up the heart of the defence for the next year at least.

Son Heung-min – If you look up work ethic in the dictionary, you are likely to come across an accompanying picture of Son Heung-min. The former Bayer Leverkusen man is one of the most consistent performers in the Premier League over the past four seasons. Son’s goal return has hit double figures very year throughout that period, and it would be no surprise to see the South Korean repeat the feat in 2020/21. I wonder if he might enjoy these best casino games? One thing is for sure, Son Heung-min is one of the most important players of the Spurs first eleven.