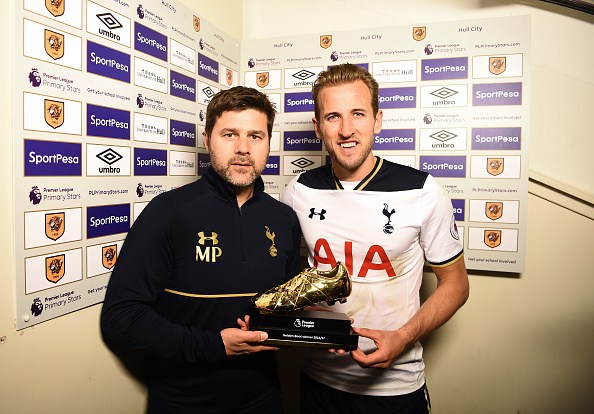 You only need to look at some of the quotes coming out of the Arsenal camp ahead of their recent meeting with Tottenham Hotspur in the Premier League, to realise the major problem still facing Mauricio Pochettino and his players.

Former Gunners goalkeeper David Seaman said in the lead up to the match, “The form has shifted but not the power. The power comes through winning trophies and Tottenham haven’t done that.”

Current Arsenal goalkeeper Petr Cech also chimed in and commented, “They’ve (Tottenham) been there in the last few years so now I think they have to make sure they win something to show the progression.”

Tottenham have not won a trophy of any description since 2008 when they lifted the League Cup thanks to an extra-time win over Chelsea in the final.

Even Tottenham’s own players have talked about the need to win a trophy and Harry Kane spoke earlier this season, saying “The only way we can improve is to win something, or win the league — that is always our aim.”

“We have to keep doing what we are doing, hopefully it will happen.”

So, it’s not only current and former players of bitter rivals Arsenal who believe Tottenham need to start winning trophies if they are to cement their place at the top of the English game. Their own players have also started to think the same way.

Recently Tottenham have enjoyed some tremendous nights in the Champions League, firstly beating Real Madrid at Wembley and then defeating Borussia Dortmund away from home to secure their place at the top of their group.

However, what are the chances of Tottenham going on to win this competition?

With Real Madrid, Paris Saint-Germain, Barcelona, Juventus, Manchester City, Chelsea, Bayern Munich and Manchester United all set to make it into the knockout stages, it is going to be a mammoth task.

Not only must you deliver great performances in every game, you also need a little luck on your side if you are going to defeat a Paris Saint-Germain or Barcelona. Luck, however, is not something you need when matched betting – a betting technique that allows you to profit from bookmaker free bets, no matter the result of Tottenham matches. For the very best place to maximise matched betting profits, in Team Profit’s opinion, hehead over to oddsmonkey.

The main concern for Tottenham fans, is other than the FA Cup, the Champions League already looks like their best bet for a trophy this season.

Pochettino’s men are 11 points behind Manchester City after 12 games played and even at this early stage of the domestic campaign, it is going to be tough catching Pep Guardiola’s team at the top of the table. As things stand prior to week 13 of the Premier League season, Tottenham are just 1 point better off than Burnley and while credit must be given to Burnley for their own league position, that is not where Tottenham want to be.

This season Tottenham will equal their longest run without a trophy in the history of the club, with the club’s previous longest major trophy drought spanning a decade between their two titles of 1951 and 1961.
For a team which is considered the best the club have produced in the Premier League era, that’s a record they do not want to be breaking.

Even if the club win the FA Cup, will that be considered a success this season?

It is a major domestic trophy but the significance of winning the FA Cup has dropped in recent years, no one can deny that, and it is surely third on the list of their remaining targets this season.

There is no doubt Tottenham have a squad full of top talent and their results have proven they have what it takes to defeat the best in Europe. However, one-off wins do not win big trophies and Tottenham could be set for another season of disappointment when they look at their trophy cabinet at the end of the campaign.

Referring to Harry Kane’s comments at the start of the season, “The only way we can improve is to win something, or win the league — that is always our aim.”

The big question come the end of the season, if Tottenham do not win something, is where will Harry Kane be playing his football next season?