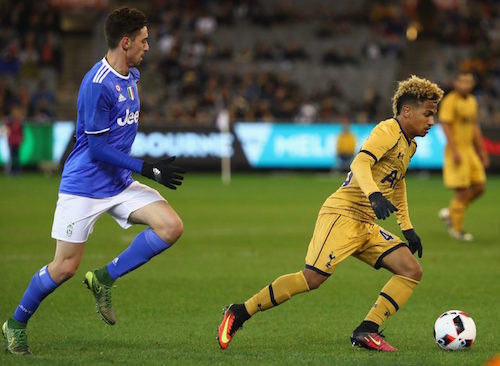 So Tottenham may have lost their opening game in the ICC Melbourne 2016, but I don’t feel that the fourth pre season friendly of the summer was a complete disaster. Let’s look at the important points from this interesting clash.

This was basically a second string squad
Mauricio Pochettino took the decision to give his players who featured at Euro 2016 a further rest, and not make them travel for this tournament in Australia. Bar new signings Wanyama and Janssen, the rest of yesterday’s starting eleven will be very unlikely to be involved come the clash with Everton on August 13th. When you consider just who Spurs had out there, a 2-1 defeat against Italy’s finest was not a bad result by any means. Hugo Loris, Harry Kane, Eric Dier, Dele Alli, Danny Rose and Kyle Walker are all have some much needed time out, and this should reap rewards come the start of the new campaign proper.

Erik Lamela is set to shine this season
The introduction of Erik Lamela at half time put some much needed life into the Tottenham performance and showed just how far the Argentine footballer has come under the guidance of fellow countryman Mauricio Pochettino. Lamela’s first season at the club was nothing short of shambolic when you consider the player’s price tag, and it had looked likely he would make a swift exit with Italy intact the rumoured destination. However, the move never materilaised and since the exit of André Villas-Boas, Erik Lamela’s stock has risen sharply. His assured presence on the pitch against Juve, not to mention his goal, is a timely reminder of just how important Erik Lamela can be for Tottenham this coming season.

Spurs have a rough diamond in Marcus Edwards
Having been involved in a contract wrangle with the club for a number of months, Marcus Edwards has now put pen to paper on a new deal and he showed exactly why that signature was so important to Tottenham with his display against Juve. Admittedly, Edwards wasn’t introduced until the 63 minute, but he acquitted himself so well when you consider he is just seventeen years of age. This experience will have done Marcus the world of good, and it would be no surprise to see the youngster establish himself as an integral part of the Spurs squad over the course of the upcoming campaign.