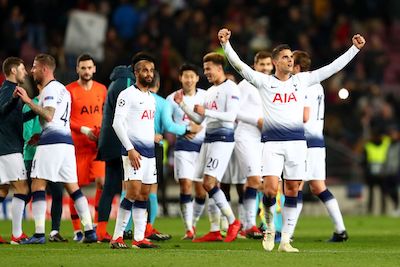 Having spent big on the state of the art Tottenham Hotspur Stadium, Daniel Levy and co and now facing the grim reality of a season with no European football to speak of. While there is still a slim chance that Jose Mourinho’s men can secure a spot in the Europa League, the likelihood is that Spurs will only be fighting on the domestic front come the 2020/21 campaign. Having been Champions League finalists last season, this is quite some fall from grace. Could the lighter schedule be a blessing in disguise however?

Spurs have competed in the Champions League in four of the last five seasons. You need to go back a decade for the last time that Tottenham were completely absent from European competition. Although a blank year would certainly have financial implications for the football club, there may be some positive aspects to a leaner schedule.

The current playing personnel at Tottenham may well enjoy a season where they can focus on trying to win a domestic trophy. Having to travel abroad during the week, and then play at your peak back in England a few days later is never ideal. With COVID-19 still high on the agenda, the less travelling players and staff need to undertake the better. There may also be opportunity for them to explore online casinos usa. 2008 was the last time Spurs lifted a domestic trophy, and it would certainly be a massive shot in the arm for the football club if they could bag some silverware in 2021.

As far as the players go, I don’t believe there to be many who will want a move based on the fact they will be missing a year of playing in Europe’s elite competition or a real money casino for that matter. Being the most high profile member of the squad, Harry Kane is likely to be thinking about his options, but the Spurs front man doesn’t appear to be making noises that suggest he wants out at this stage. The fact that fans still can’t attend games means that the financial implications of no European matches aren’t as great as they could be either. The next 12 to 18 months will certainly be an interesting period for Tottenham Hotspur Football Club.