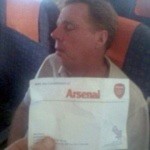 From a betting perspective, I like the best price of 11/4 on West Ham tomorrow. That’s not to say I don’t think Spurs can win the game, they most certainly can, but I feel we are a little skinny at 11/10 coming off the back of a demoralising defeat against Arsenal. I realise that game doesn’t mean much in the grand scheme of things but it still wasn’t nice and it will likely give the Hammers a bit more confidence, especially when they are coming off the back of two decent results.

Both Sunderland and Stoke are tough places to go and come away with anything. West Ham are certainly on the up and this is not a great time for Tottenham to have an away game at Upton Park as far as I’m concerned. Scott Parker has carried his excellent form from last season into this and he will be key as far as their chances of gaining their first win this term are concerned.

Spurs do have some positives however, with Luka Modric, Rafael van der Vaart and Vedran Corluka all available for selection having recovered from their respective injuries. Not only am I sure that Harry will be desperate to put things right tomorrow after our midweek result, the majority of the players will also want to give the fans something to be happy about. As much as I can understand the frustration of the supporters that walked out on Tuesday night, it’s not something I like to see and it must be very tough on the players, no matter how badly they may have performed.

I could see this game being a draw, possibly 1-1. Harry’s history with the Hammers will ensure it’s a lively encounter both on and off the pitch. Spurs certainly have too much for the West Ham on paper and could well come away with a victory, I’m just not confident enough to be putting any of my hard earned on them at poor odds. West Ham are coming into a bit of form and will be looking to this game as the one where their league campaign can really get under way.

Oh and by the way, to show I have got a bit of a sense of humour, I’ve used the lovely image our old mate wrighty7 posted on my Facebook wall earlier. The Arsenal fans seem to be getting over excited at the prospect of winning the League Cup when they have never cared about the competition before. Desperate times and all that I suppose. I’ll let them have their moment while I concentrate on more important things such as FC Twente.