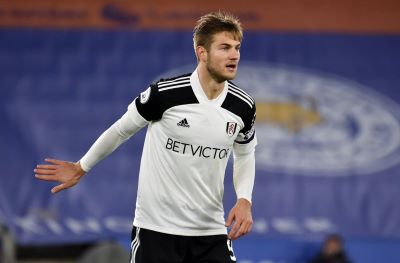 While Jose Mourinho did spend a significant amount of money during his time as Tottenham Hotspur manager, Daniel Levy and co are sure to make funds available to the incoming gaffer – whoever that may be. Various online casinos will be preparing their odds on exactly who will join Spurs this summer. Here, we look at some of the key contenders to sign on the dotted line.

Jack Grealish
Aston Villa’s star man will no doubt be top of the list for a number of Premier league clubs during the current transfer window. Grealish is set to play a key role for England during Euro 2020 and is one of the players who’s fancy tricks are sure to draw plenty of attention. His value could well increase off the back of the tournament, and Spurs would likely do well to open negotiations prior to the summer competition getting underway. Jack Grealish has been linked with Tottenham for quite some time now, but it is going to take some serious money to persuade the Villa board that this is a positive move.

Marcel Sabitzer
Currently in the final year of his RB Leipzig contract, Marcel Sabitzer is apparently one of the most wanted as far as Spurs chairman Daniel Levy is concerned. Sabitzer has stated that any decision surrounding his future is on hold until the conclusion of Euro 2020, but he has previously stated a desire to play in the Premier League. Another player who is likely to play a starring role for Austria at the European Championships, Sabitzer has impressed in the Champions League this year and would be a great addition to the Spurs’ midfield.

Patrick Bamford
Not a name that I would have personally had on my mind, but Patrick Bamford has recently been strongly linked by the media with a move to Tottenham Hotspur should Harry Kane leave the football club. In the unlikely event that meilleurs casinos en ligne were to price up this eventuality, I’d imagine Bamford would be put in at double figure odds to make the journey south to North London. At 27 years old, Patrick Bamford does not really fit the profile of someone that Daniel Levy would want to spend big money on, and I think there is only a very outside chance of this transfer coming off.

Joachim Andersen
Italian journalist Fabrizio Romano is never far away when breaking a story, and has mentioned the interest that Tottenham Hotspur have in Danish centre back Joachim Andersen on more than one occasion. According to Romano, Andersen is top of the Spurs wish list following an impressive loan spell at Fulham. Although Tottenham do have options in defence, none of them have impressed in recent months and Andersen’s assurance at the back would definitely be welcomed.

Max Aarons
Maximillian James Aarons has been a key part of the Norwich City first eleven since his breakthrough season during the 2018-19 campaign. Aarons is a fierce competitor and looks particularly assured for someone of just 21 years of age. Having played 36 games in the Premier League the following season, Max has helped Norwich make a swift return from the Championship and there looks like being some serious competition for the full back’s signature.