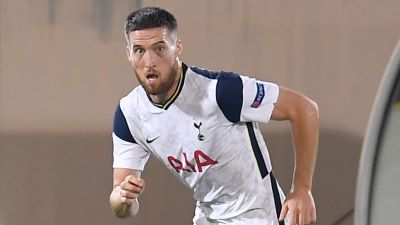 A total of eight players joined Tottenham Hotspur during the summer transfer window. Daniel Levy left nothing on the table when it came to spending, a move which was understandable after Spurs failed to qualify for the Champions League last term. A total of £96m was paid in transfer fees alone, that is without the cost of Tottenham’s two high profile loan acquisitions. Here are the players we believe have been the most successful for the football club thus far.

Pierre-Emile Højbjerg
Although the capture of Pierre-Emile Højbjerg from Southampton back in August may not have been met with much fanfare, the Danish international has been nothing short of a revelation for Spurs in the middle of the park this season. Hojberg undertakes the majority of the ‘dirty work’ but does this with with a flair and commitment that is unparalleled. This midfielder strikes me as a player who would enjoy engaging in online slots for real money.

Sergio Reguilón
Having spent last season on loan at Sevilla, Real Madrid’s Sergio Reguilón became a Tottenham Hotspur player on the 19th September, putting pen to paper on a five year deal. The deal for Regulion came as somewhat of a surprise, as it was expected that the 23 year old would be a key member of the Madrid squad following some excellent dispalys for Sevilla. Daniel relationship with the Madrid hierarchy may well have helped get the transfer over the line, assisted by the £27m fee.

Matt Doherty
Some casino en ligne france players would not have placed their hard earned money on Spurs securing the services of a 28 year old defender for a big transfer fee, but Matt Doherty has proved the exception to Daniel Levy’s usual policy. Having been a Wolverhampton Wanderer for his whole career, Matt Doherty was bound to take a bit of time to settle into new surroundings and get accustom to life in London. That being said, Doherty has featured in six of Spurs’ nine Premier League matches so far this season, and is quickly establishing himself as a regular first team player.