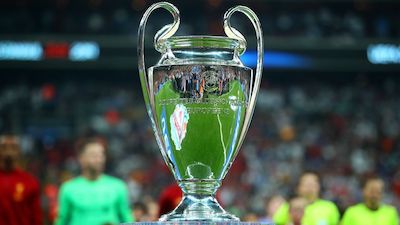 Tottenham Hotspur’s Premier League season looks set to resume on June 20th or 21st, following the suspension of the 2020/21 campaign due to the COVID-19 pandemic. Jose Mourinho’s men will play host to his former side Manchester United, with both teams looking to lay down a marker as far as the Champions League places are concerned. Although Spurs endured a torrid start to the current Premier League season under Mauricio Pochettino, there are only three sides who have taken more points in the division since Jose Mourinho’s arrival. One of those sides just happens to be Manchester United.

Having made a huge investment into building a new stadium, the revenue that Champions League football brings is more important than ever for Tottenham Hotspur Football Club. The 62,303 seater venue is the largest Premier League stadium in London, and arguably one of the most impressive grounds in Europe. Jose Mourinho’s directive will certainly have been to aim for a top four finish, and while that still appears to be a big ask for the former Chelsea man, it is still a possibility.

Manchester City’s potential suspension from Europe’s elite competition means that qualification for next season’s Champions League may well go down to fifth place. This could well be all-important as far as Tottenham are concerned, with the North Londoners currently sitting seven points adrift of fourth place Chelsea, but only four away from Man Utd in fifth position. A victory over United would see Spurs close the gap to just a point, and give the squad a huge boost going into the business end of the campaign. Bookmakers such as olybet are going to find it hard to separate the two sides, and the match is likely to be an extremely tight affair.

On a positive note, the more difficult looking remaining fixtures for Spurs, on paper at least, will be played on home soil. Only one of Tottenham’s away games will be against a side in the top half of the table. This could well be a deciding factor come the conclusion of this campaign, and something that Jose Mourinho will be using as something positive his players can focus on and take heart from. With Wolverhampton Wanderers and Sheffield United both also in contention for a Champions League spot, Tottenham will need to be at their very best to continue their impressive qualification run. It will certainly be interesting to see how this all plays out following the corona virus suspension. There is no doubt that some squads are going to be fitter than others, and it may be that Spurs are one of the teams who are able to hit the ground running come the hotly anticipated restart.