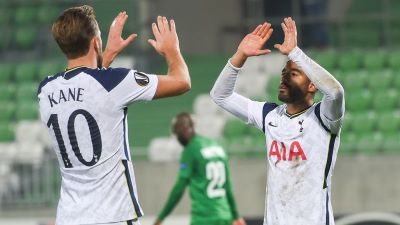 Tottenham Hotspur host PFC Ludogorets Razgrad this Thursday evening, with a place in the knockout stages of the Europa League still very much up for grabs. Some south african casino sites make Spurs the overwhelming favourites for this encounter, the Lilywhites having run out 3-1 winners in the reverse fixture earlier this month. Tottenham will be looking to consolidate their position at the top of Group J, but with three teams currently level on six points, Jose Mourinho’s men cannot afford any slip ups.

Jose Mourinho is likely to make wholesale changes from the side that played in the 2-0 victory over Manchester City this past weekend. I fully expect to see Gareth Bale feature and more than likely start the game, while Heung Min Son and Harry Kane could both be rested in preparation for the Premier League encounter with Chelsea on Sunday afternoon. Giovani Lo Celso has been instrumental for Tottenham when he has played this season, but the Argentine has been struggling for full fitness. He’s another player I would fully expect to start the match.

While some fans have little interest in the Europa League group stage and would prefer to be playing online pokies Australia, it is an opportunity to see exactly what some of the squad players are capable of. As far as Ludogorets are concerned, it’s more a case of saving face following three Europa League defeats on the bounce. The Bulgarians have been seriously lacking in the defensive department, and their record again English clubs does not make for good reading. It is difficult to envisage anything other than a home win, and I will take Tottenham to run out 3-0 victors. The only concern for me with regard to Spurs is the fact they may have one eye on the Chelsea game, but even allowing for that, Mourinho has more than enough quality at his disposal to get the job done.