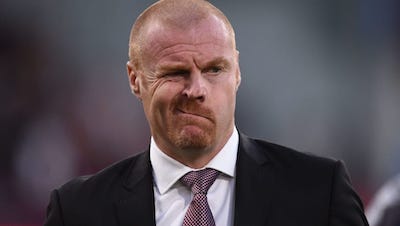 A huge game for Tottenham Hotspur this coming weekend as they play host to a very capable Burnley side. Following a run of four defeats in their last five Premier League games, Jose Mourinho’s Spurs side find themselves way off the pace in the hunt for a Champions League spot. It wasn’t long ago that Tottenham were sitting top of the Premier League table, but alarmingly, they are now more than 20 points behind league leaders Manchester City. While Tottenham will be the favourites to claim all three points on Sunday, even australia online casino sites would be fearful of laying too much money at big odds on Burnley.

I wasn’t personally keen on Tottenham’s chances when travelling to West Ham last week and my gut feeling proved to be correct. Spurs went a goal down after just five minutes of the match, and that deficit was doubled just after half time when a resurgent Jessie Lingard found the back of the net. A 64th minute strike from Lucas Moura provided Spurs fans with a glimmer of hope, but the Lillywhites ultimately came away from the London Stadium with nil poi.

Jose Mourinho’s last few managerial positions have followed a similar pattern, and while Tottenham are in the League Cup final as well as the latter stages of the Europa League, the team’s current form does not inspire much confidence where those competitions are concerned. It is difficult to see Spurs getting the better of Premier League favourites Manchester City in the League Cup Final, and Champions League qualification via the Europa League is appearing less and less likely.

As far as Burnley are concerned, Sean Dyche’s men have been solid if unspectacular in recent times. The Clarets are now relatively comfortable in 15th place in the Premier League table on 28 points, 6 clear of the relegation places. A victory at the Tottenham Hotspur Stadium could see Burnley leapfrog Southampton, and their recent win at Anfield will definitely be a point of inspiration.

This is a must win for Tottenham as far as I am concerned. Burnley are dogged but very beatable for a full strength Spurs side. USA online casino games may hold more appeal for viewers depending on how the early stages of the match go, but I am going to predict a 3-0 victory for the home side.