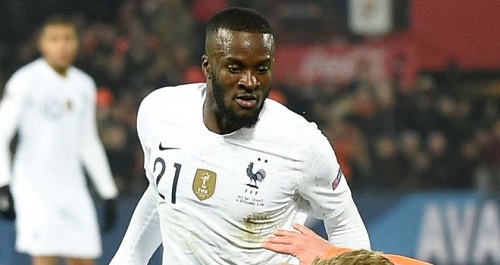 You wait over a year for a Tottenham Hotspur signing, and then two come along at once! Following the arrival of Jack Clarke earlier today, Daniel Levy and Co have apparently reached an agreement with Lyon for a deal to be completed for £55 million pending a medical. There could also be an additional £9m in add-ons should the 22 year old central midfielder reach certain milestones. This fee easily eclipses the £42m Tottenham paid Ajax for Davinson Sanchez two years ago and these figures could well rival even the biggest online casino rake.

Ndombele’s arrival will help to fill the void left by Mousa Dembele. The Belgian was a key member of the Tottenham Hotspur first team and since his departure for China back in January, Spurs have definitely lacked a little something in that particular area. Having made six appearances for France, Tanguy Ndombele was one of the most sought after players in this transfer window, and Mauricio Pochettino had made his interest in the midfielder clear for quite some time. Everyone is aware how important this summer’s spending will be for Tottenham Hotspur, and the Spurs manager has made no secret of his desire to take the club to the next level.

“It is imperative that this year we strengthen the team,” Pochettino said last week. “We saved a lot of money in almost two years without signing, and that should allow us to strengthen ourselves as well.” There have been various rumours regarding the future of the Tottenham manager, with reports that the Argentinian was unhappy about the lack of activity as far as signings have been concerned over the past couple of seasons. Mauricio Pochettino is arguably the most in demand name when it comes to the top club sides around the world, and his stock has done nothing but rise during his time at the Spurs helm. Mobile sports betting firms were offering odds on Poch heading for the exit door, but his immediate future appears to be resolved, and the ambitious manager will definitely be looking to emulate last season’s impressive run to the Champions League Final.

Tanguy Ndombele price tag comes with a certain level of pressure for the young Frenchman, but he doesn’t appear to be the type of man that is easily fazed. I for one am confident that Ndombele is more than capable of hitting the ground running, and he can quickly establish himself as a big influence in the centre of the park for Tottenham Hotspur. The signing is a real statement of intent from the Spurs hierarchy and can pave the way for more activity, with a number of other big name stars being linked with the club.