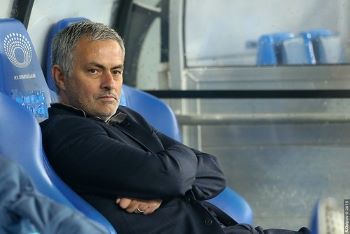 After the Manchester City series which opened the doors on the 2017-18 season at the Etihad, there was much anticipation about which club would be next to expose itself in the same way.

So, it was with some excitement and anticipation that we discovered it was going to be the turn of Spurs to present themselves in front of the cameras. It’s fairly well known that Mauricio Pochettino was firmly opposed to the whole idea. But Daniel Levy thought differently, firstly for the exposure that it would bring and, secondly, the £10 million that Amazon reportedly paid the club for the rights to make the series. The money, no doubt, was seen as a way to reduce the debts generated by the new stadium that had already led to refinancing back in 2019.

So does it look like it’s been a good deal, and what has it shown us?

As countless reality shows like Made In Chelsea and The Only Way is Essex demonstrate, getting non-actors to give a realistic performance is harder than it looks. With footballers, it’s even more evident. For a prime example, you only have to revisit the scene in the training ground canteen when Harry Kane is chatting to Jan Vertonghen about the unexpected departure of Pochettino. Throughout the scene, Vertonghen reveals that, whatever skills he may have on the pitch, he has none in front of the camera. With an unconvincing series of nods, grimaces and head shakes, he feigns shock and surprise – shockingly unconvincingly.

Mourinho could be just what Dele Alli needs

With pre-season betting showing that Spurs are 50/1 outsiders to be Premier League champions in the 2020-21 season, Jose will really have to get the best out of the squad if he even wants to qualify for Europe, let alone carry off the title. So it’s little surprise that we see him in the early episodes homing in on Dele Alli and saying, in rather more forthright terms than we can write here, that he’s going to be a pain in the neck for the midfielder. We then go on to see Mourinho giving it to him straight – he can go out and party or achieve his full potential as a player, but he can’t do both. Whether his words will have any effect, we’ll just have to wait and see.

We’ll never get the full picture

In every kind of “fly on the wall” documentary, there’s always been the question of exactly how much the fly is going to be allowed to see. This dates right back to the first-ever series of its kind on British TV, The Family. In the case of All or Nothing, it certainly seems like a better title would be Selected Excerpts. For example, we see nothing of Pochettino or his departure and there’s a general feeling that a lot of footage may have been left in the editing suite.

That said, it does offer some insights into the club that fans may have never received before which must, surely, be welcomed by all.