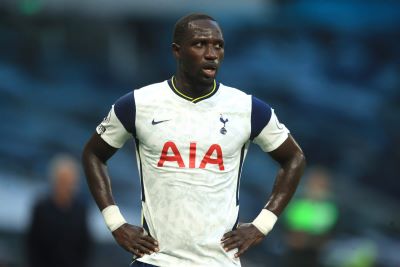 While all the focus is currently on who the next manager of Tottenham Hotspur will be, we must also consider the players who are going to be leaving the club prior to the start of the new campaign. The best online casino prices have Harry Kane as favourite to make the move to one of the Manchester clubs, but there are a number of other who may find it easier to exit North London.

Moussa Sissoko
Having made some noises in the press very recently, it is clear that Moussa Sissoko is looking for a move away. It is understandable at 31 years of age why Sissoko would want one final sizable payday, and publicly negative comments mean that the writing is very much on the wall for the Frenchman. Sissoko was a complete and utter misfit on his arrival from Newcastle in 2016, but was transformed under Mouricio Pochettino and many Tottenham fans took the midfielder to their hearts. Things didn’t really work out under Mourinho, and I’m not sure he’s a player who is going to contribute much to the squad going forward.

Dele Alli
A player who really suffered at the hands of Jose, Dele Alli’s future at Tottenham Hotspur football club has been in doubt for some time. Although Dele did get some game time at the end of the season thanks to Ryan Mason, the attacking midfielder was largely frozen out during the 2020/21 Premier League campaign. A lot will depend on who takes up the reins at Spurs, but Alli may have already decided that he needs pastures new to rediscover his best form.

Serge Aurier
Right back Serge Aurier has been nothing short of a liability for the majority of his time at Spurs. While the Ivory Coast man is undoubtedly talented, his mistakes have cost many points over time and someone so volatile cannot be carried in a Premier League starting eleven. Aurier is claiming that a move away from Tottenham has already been agreed, but there is as yet no official word from the club. The top casino game online offers big money and I’m certain that is the driving force behind Serge Aurier’s prospective transfer. The defender is keen on a return to PSG, but I cannot see the French giants being all that keen.

Harry Kane
The best player to put on the Tottenham Hotspur short for a number of years, Harry Kane has reached the stage of his career where it’s now or never when it comes to making a move to one of the big clubs in the Premier League. Although his final destination could be on the continent, I would image Kane’s preference is to remain in England due to the fact he has a young family. Nothing is set in stone as yet, and all Spurs fans will be hoping that the England captain will have a change of heart.