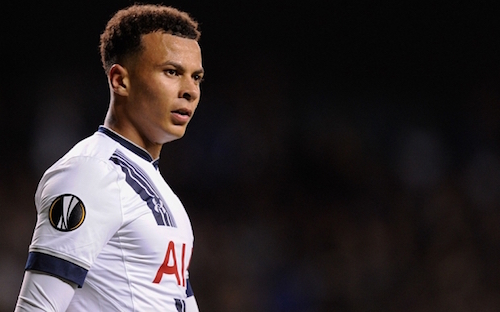 Ask the majority of Tottenham Hotspur fans prior to the start of last season, and they would have no doubt bitten your hand off for a 3rd place finish in the Premier League. Unfortunately, Spurs capitulated at the very end of the campaign, ultimately finishing a point behind bitter foes Arsenal. The rivalry between the two clubs is such that ending up below the Gunners will have hurt some of the Tottenham faithful more than missing out on the title itself. While it was a bitter pill to swallow at the time, I think we really need to be looking at the bigger picture and the fact that the club is now capable of being competitive at the upper echelon of the division. While the players clearly found it difficult to get motivated once Leicester City had secured the title, I feel the main reason why Spurs were unable to hang on to second spot is obvious.

Since the departure of Harry Redknapp, Tottenham have embraced a philosophy of buying younger players. While this has largely been a decision taken by the board so the personnel retain a sell on value, Mauricio Pochettino has used the same approach as he has reshaped the Spurs squad over the past couple of years. His motivation is not monetary however, but the Argentine manager does believe that youth is the way forward, with the Spurs squad now having an average age of just under 25 years. Clearly, Pochettino’s style of play requires men who are willing to run themselves into the ground, and who are capable of doing this on a regular basis. It makes sense therefore, that the bulk of the Tottenham Hotspur squad is made up of under 25’s.

I am happy with Mauricio Pochettino’s methodology, but a lack of an older head or two in the Spurs dressing room definitely had a negative effect at the end of last term. A leader or someone with a wealth of experience could well have given the rest of the team a much needed motivational speech, or just a kick up the backside to encourage them to keep going until the bitter end. As it was, the 2015/16 campaign ended on an unnecessary downer, and took a little of the shine off what should have been regarded as a remarkable achievement for Tottenham Hotspur. While I regard Hugo Lloris as a fantastic captain, I still feel that Tottenham are lacking slightly in the experience department, and another leader should certainly be on the Pochettino’s want list.