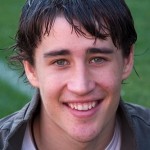 While he looks arguably a better prospect than Giovani dos Santos was, is Bojan Krkic going to be another over priced disappointment from the fringes of the Barcelona squad? A £14m price tag would suggest this 20 year old is a bit special but as he’s yet to do it on a consistent basis at the highest level, this transfer would be a very risky one.

Maybe Dos Santos is an unfair comparison. For one thing, he only cost £5m and for another, he probably wasn’t in the same league as this kid ability wise. Although Bojan has failed to break into the first team on a full time basis, he has still managed to net 41 goals in 163 games for the Catalan giants since 2007. After winning the European U21 Championships with Spain recently, the young Spaniard will no doubt be looking to play first team football. Four years of being a fringe player, even at his relatively young age, is no good for any footballer’s career.

From Barcelona’s point of view, it looks to be a no lose situation. Bojan is highly unlikely to be able to break into their team due to the current abundance of talent at Pep Guardiola’s disposal and a big money transfer fee for a player that is basically surplus to requirements makes sense. Should Krkic turn out to be a superstar, Barca will no doubt be back to sign the player at some point and he would quite likely want to return to his boyhood club, as is the case with Cesc Febregas.

This is another example of a signing that Spurs can make without the lure of Champions League football. He’s undoubtedly a player of limitless potential who has superlative technique and would be a good addition to Tottenham’s front line options. On the negative side, he’s short, likely over priced, hasn’t played enough regular first team football at the highest level and might struggle in a very physically demanding Premier League.

If you’re a Spurs or Arsenal fan, be sure to pop over to the North London Divide and say hello. It’s basically a site where both Spurs and Arsenal fans can get together for some friendly banter. I write the Arsenal articles and Wrighty7 does the Spurs stuff.