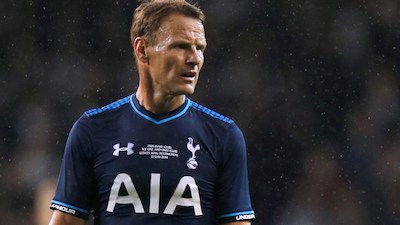 Check to see how many of these facts you already know about the Tottenham Hotspur Football Club!

1
Boys in the Hotspur Cricket Club formed the Football Club back in 1882, because they were looking for a sport to play during winter. They changed the name to Tottenham Hotspur two years later, because another club, London Hotspur, sounded too similar.

2
In 1901, Tottenham Hotspur became the only non-League football team to win the FA Cup since the Football League was formed in 1888, upsetting many who had put down money on the match.

4
The Spurs started drawing the attention of punters more inclined to Horse Racing betting when Bill Nicholson took over, in 1958. They started getting recognised as a major team at that point, and under his management they took home several important trophies.

5
White Hart Lane, the stadium for the Spurs, started out as a disused nursery. The landlord quickly realised the increased revenue he could command if the Club played their games behind his pub, and the rest, as they say, is history.

6
The crest has featured a gamecock since the early 1900s. The club is said to have taken their name from a Shakespearean character named Harry Hotspur, who was famous for his bravery in battle, and never without his riding spurs. Cock fighting was very popular in the early parts of the last century, with the birds being fitted with spurs as well. The connection between the two was made, and since then the crest has featured a cockerel with spurs on its legs.

7
The Club’s motto is Audere est Facere, a Latin phrase which translates to To Dare Is To Do.

8
The first team kit was navy blue shirts and shorts, but in 1884 they changed to the quartered kit, similar to the Blackburn Rovers’.

9
In March of 2007, the Club made it known that they had entered a partnership with the SOS Children’s Villages UK charity. Any fines that the players incur go towards this charity, located in Rustenburg, in South Africa. The funds are used to support various community development projects in and around Rustenburg, including the building and day-to-day maintenance of a house in the village.

10
The ladies Tottenham team was founded as Broxbourne Ladies in 1985. They got promoted after they topped the League in the 2007/08 season, and currently play in the South East Combination Women’s Football League, at the game’s third tier.

11
The record number of appearances for Tottenham Hotspur is held by Steve Perryman. He took part in a total of 854 games for the Club between 1969 and 1986, and 655 of these were League matches.

12
The Club’s goal scoring record is held by Jimmy Greaves. He made 266 goals in 380 appearances, including League, Cup, and European games.

13
The record League win for Tottenham is 9 – 0, in a game against the Bristol Rovers in the second division. It took place in October of 1977.