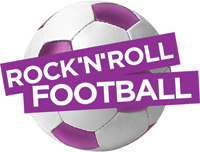 As you’ll probably remember, Tottenham’s last Premier League game after a midweek European fixture wasn’t all that successful. I feel the Young Boys were kind of just a warm up to our European adventure, let’s pretend the Wigan game was the same thing where the Premiership is concerned! Apart from last weekend’s slightly unlucky defeat […]

Harry can’t do a lot wrong as far as most Spurs supporters I speak to are concerned. He’s improved the squad, team morale and our league position massively since he took over. Almost 14 months ago, Tottenham looked doomed. Since then, Redknapp has been considered a hero amongst the Spurs faithful. Saturday was the first […]

Another blank weekend with no Premier League action until the 17th but as is normally the case with Spurs, there is still plenty of off field drama to keep us ‘entertained’ for want of a better word. The current intelligence doing the rounds is that Harry was questioned by the fuzz for four hours on […]

I did something similar on the Goons over at North London Divide last night and I thought it would be interesting to see who people thought was our player of the season. I don’t want to dwell on this too much but Arsenal are in a position where they can still win a trophy this […]