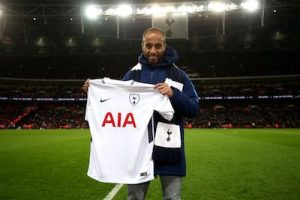 Tottenham are yet to make any moves in this transfer window and with less than two weeks to go until its closure, the pessimists are out in force! I’m personally of the opinion that Spurs don’t necessarily need to make any signings to be competitive during the 2018-19 Premier League campaign. Here are the reasons […]

Tottenham invested heavily over the summer as they tried to fill the void left by Gareth Bale, and while they have filled his place in midfield they are seriously missing his goal scoring exploits. Although new signing Roberto Soldado has been more than promising, the side do at times look short of a striker.We’ve taken […]

The talk both before and after yesterday’s game was of a proposed move by Harry for Matthew Upson during the transfer window. Redknapp is becoming increasingly frustrated with only having Ledley available for one game in two or three and doesn’t rate Dawson as an adequate understudy. I’m not sure what the deal is with […]