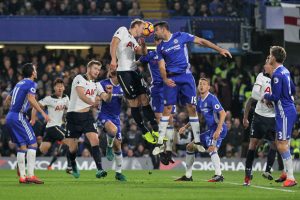 Jose Mourinho’s under pressure Tottenham side entertain fellow Londoners Chelsea in a huge Premier League clash this Thursday night. Spurs come into the match off the back of successive defeats, and their Champions League hopes are now hanging by a thread. Having been considered title challengers until relatively recently, Mourinho and co are in the […]

Not so long ago, Chelsea seemed to be running away with the Premier League title. The Blues were as many as ten points clear at the top of the table in March, and it was a foregone conclusion that they were going to win the title. Things have changed now. Defeats to Crystal Palace and […]