Gareth Bale achieved an amazing PFA double last night when landing both the Player of the Year and Young Player of the Year awards. He becomes only the third player to win both accolades in the same season, and the first since Christiano Ronaldo in 2007. With Spurs’ chances of playing Champions League football next […] 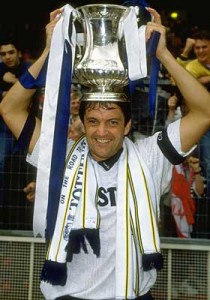 Gary Mabbutt is my favourite Spurs player of all time. His work ethic and consistency was second to none during his playing years as was the example he set as club captain. By chance I stumbled across this article about the role he has played in South Africa’s successful bid to host the 2010 World […]

Probably the biggest game of this season as far as the board are concerned with the money that will be generated next but is it a match that is as crucial to Harry Redknapp? He has been quoted in the press as saying the Europa League could be a distraction and he’d prefer to concentrate […]