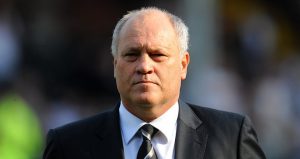 He was a popular figure during the majority of his time in charge of Tottenham Hotspur, and Martin Jol has finally won a domestic title, almost nine years after his acrimonious departure from White Hart Lane. Jol joined the Cairo-based side Al Ahly in February of this year, and the Dutchman has done a fantastic […]

Tottenham make the relatively short journey to Craven Cottage on Wednesday evening to face a Fulham side in serious trouble as they currently sit just three points off the bottom of the Premier League table. The Fulham hierarchy took the decision to part company with manager Martin Jol following the club’s 3-0 defeat at the […]

Since the transfer window came into force during the 2002-03 season, Spurs have been one of the most active clubs in terms of players arriving at and leaving White Hart Lane. After a fairly quiet window by their standards – signing trio Yago Falque, Louis Saha and Ryan Nelsen all on free transfers, let’s take […]

So that was a white lie, but it will hurt seeing Martin Jol at another Premiership side if today’s papers are to be believed. Maarten Cornelis Jol should never have lost his job as Tottenham manager and the way he was treated still gets my goat when I think back to it. Obviously it’s all […] 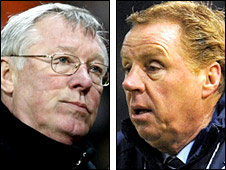 I, like many other Spurs fans, am sick of our woeful record against Manchester United. I’ve lost count of the amount of times we have outplayed them and still got beat. The two games that stick in my throat the most are probably the same as the rest of you. Firstly when we were 3-0 […]