Benoit Assou-Ekotto has been a largely permanent fixture in the Tottenham side for a number of years now. During the 2008–09 campaign, Ekotto became first choice in the left back role and has made the position his own until fairly recently. Benny hasn’t impressed Andre Villas-Boas since his arrival as Tottenham manager and following limited […] 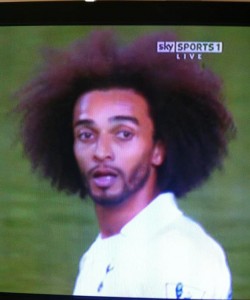 How can anyone dare to question the abilities of my favourite Satay House fan Benoît Pierre David Assou-Ekotto? Not to be confused with the wife and child killing wrestler Chris Benoit, Assou-Ekotto has been one of our best players this season as far as I’m concerned. That is in addition to having the world’s biggest […]

So why not start using him? Gareth Bale can launch a throw in the same manner as Rory Delap and I think we should utilise this part of his game more. I’m not saying we make it a staple part of our play like Stoke but there would be no harm mixing it up a […]