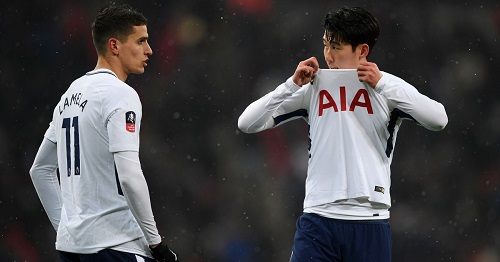 Tottenham look set to be given a much-needed boost ahead of next season with reports suggesting Son Heung-Min will pen a fresh contract in north London.

One of the first names on the team-sheet, Son’s commitment to the cause would be more than welcomed, as Spurs look to return to the Premier League’s top four next term.

Deal to Be Worth the Wait

A new deal for Son has been in the pipeline for some time, but it looks like the wait is drawing towards a conclusion. The South Korean international has a current contract that runs out in the summer of 2023, and Spurs are unsurprisingly looking to secure the player’s future at the club. Tottenham, who are 40/1 in the football betting to win the Premier League title next season, have seemingly taken their time with the talks since the start of the year. Former boss Jose Mourinho was adamant the club were waiting for the right moment to push through a deal, and now with the season over, it seems that time is approaching.

With speculation continuing around fellow forward Harry Kane, a new long-term contract for Son would be a massive lift for the club. It is also likely to be a tick in the pros column for Kane on reasons for himself to extend his stay with Spurs.

Son Can Kick on Next Season

With his future looking set to be sorted this summer, Son can then look to build on what was an impressive individual campaign for the 28-year-old. The former Bayer Leverkusen star produced his best goals return for a season at Spurs, with 17. Once again it was Son’s link-up play with Kane that brought about a host of victories for Tottenham, who in the end had to settle for a seventh-place finish.

Now reaching his prime years, Son could be coming into the form that might see Spurs end their wait for a trophy. His pace and technical ability make him a nightmare for defenders to cope with, especially when they also have one eye on England skipper Kane as well.

Foundations in Place for Improvement

After what was a stop-start season for Tottenham, which was not helped by the change in management, the new campaign can be a fresh start for Spurs. The Lilywhites were somewhat inconsistent towards the end of the season, but did finish the campaign on a high with a 4-2 victory at Leicester City. While Son did not get on the scoresheet against the Foxes, who finished two places above Spurs in the table, it was another impressive performance from the forward.

After a summer of rest, and a potential new deal all sorted, next term could well be a season to remember for Son, as Spurs hope to challenge further up the Premier League standings.