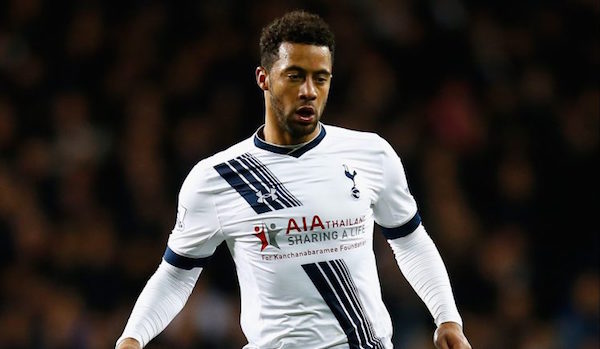 ….to play their first Champions League fixture since 2011. Tottenham’s third place finish in the Premier League last season meant the end of Thursday night football for the time being at least, and Spurs will now be in action on Tuesday and Wednesday evenings, taking part in Europe’s elite football competition. Mauricio Pochettino’s men come into tonight’s clash with Monaco off the back of an impressive display away at Stoke this past weekend, a game where they ran out 4-0 victors. Spurs have begun the new season in relatively positive fashion, and have a return of eight points from their four games played thus far, meaning they currently sit in fifth spot in the Premier League table.

Harry Kane got off the mark at the Britannia Stadium, and that will hopefully do last season’s Golden Boot winner a boost in terms of confidence. Kane has looked rather lethargic in recent times, thanks in part to being involved in the pathetic national side. Harry will no doubt want to make an impact in the Champions League, and it would be no surprise to see him get on the scoresheet tonight. Mauricio Pochettino will no doubt be delighted to have Moussa Dembele back at his disposal, the talented midfielder having been banned since an altercation with Diego Costa at the back end of last term. That match against Chelsea appeared to have a real negative effect on the Tottenham squad, and impacted on the final few games of the season, which culminated in an embarrassing 5-1 defeat at the hands of Newcastle. The return of Dembele should finally put those demons to rest, and the Belgian international can play a crucial role in Spurs’ bid for glory this term.

The odds compilers at Betfred make Tottenham Hotspur the 4/5 favourites to win this CL encounter with Monaco, the French outfit are available at the 4/1 mark, while the draw is on offer at odds of 27/10. Although Spurs were comfortable 4-1 winners when the two sides met in the Europa League last December, there are different factors to consider this time around. How Tottenham are going to cope playing at Wembley for one? While the North London outfit will definitely have the bulk of the crowd support, there will likely also be a number of neutrals in attendance, with cheap tickets having been on offer for the past few weeks. I’d expect a lot of Monaco fans to also make the short journey across the water, so the Wembley atmosphere certainly won’t mirror that of White Hart Lane. That being said, I still fancy Tottenham to get their 2016/17 Champions League campaign off to a winning start, and the 4/5 available at Betfred makes a fair bit of appeal.