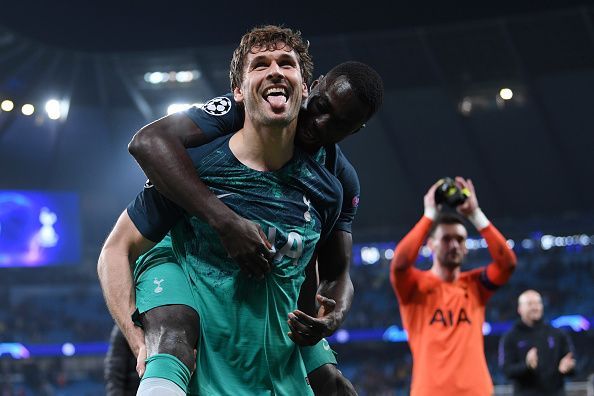 Sports betting has existed in one form or another for over 2,000 years. Ancient Greeks introduced the Olympics which is where the very first records of sports betting were recorded. Soon after, the Romans would place wagers on their gladiatorial games and the practice quickly became commonplace around the world. The 1800 and 1900s saw many sports really take off, with professional teams emerging and opportunities for betting clearly increased as a result.

When it comes to football, in particular the Premier League, sports betting is huge business. Over one billion pounds is gambled on football each year, with bookmaker profits in excess of £300m. The variety of markets available to bet on are quite simply mind blowing, with in excess of 50 different options for each Premier League clash. Prior to the online sports betting revolution, betting shop bookmakers did not even allow singles to be placed on the outcome of football matches. Punters were tied down to having to select a minimum of three results if they wanted to place a bet on the beautiful game.

Horse racing was the original lifeblood of the betting industry, with both the UK and the USA seeing high volumes wagered on races such as the Grand National, Epsom Derby, Kentucky Derby and the Breeders Cup. Horse racing in the States dates back to 1665, while the oldest horse in the UK took place in 1519. High street bookmakers were a staple from the 1970s, but things have taken a dramatic shift during the last 10 to 15 years. The online betting industry is big business, and it continues to grow year on year. Technological advancements have transformed the betting industry, with nearly all bookmakers now having their own app making betting so accessible for the general public.

Punters now have the ability to get on absolutely anywhere. Whether it be the morning commute, in a pub watching the big match, or from the comfort of their sofa, bettor around the globe are able to have a wager at their leisure. Most online bookmakers provide an incentive of some sort for new customers, usually a free bet or sign up bonus. This offers a great opportunity to get your betting bank off to the best possible start. Opening multiple accounts allows punters the freedom to shop around, as well as find the best possible price available for their chosen selection. All bookmakers have their own odds compilers who make decisions where the markets are concerned. This will mean that prices vary from one bookmaker to the next, which is why it is so important for the betting public to shop around. You may well find that some sportsbooks offer consistently better odds. There may also be some firms you prefer to do business with due to the way they operate, with speed of processing withdrawals and customer service both key factors to take into consideration.

As far as Tottenham Hotspur are concerned, it has certainly been a breathtaking season thus far. Having bested Manchester City over two legs in the Champions League quarter finals, Spurs are now set to face Ajax in the semi finals of the competition. Mauriccio Pochettino’s men appeared down and out during the group stages, and it was a minor miracle that they managed to progress to the knockout phase. Following a solitary point from their first three Champions League Group B games, Spurs had appeared all but out of the competition. Victories over PSV and Inter Milan still left Tottenham in need a positive result in the Nou Camp against Barcelona, while also hoping that PSV were able to do them a favour in their game with Inter. The football Gods happened to be smiling on the North Londoners that particular evening, with Tottenham battling for a hard fought point against Barca and the already eliminated PSV able to pull off a shock victory over Inter.

Tottenham’s Champions League journey just goes to show the potential of backing outsiders and how a small investment can potentially reap huge rewards. Currently as short as 4/1 to lift the 2018/19 Champions League trophy, Spurs were as big as 66/1 following their early group stage results. Bookmakers usually offer ½ the odds for a team to reach the final, so any Spurs fans who took the generous prices that were available could well be just one game away from a healthy payout. As one of the ‘Big Six’ in the Premier League, Tottenham Hotspur start as the favourite for a large proportion of their domestic games. For those punters keen to find bigger prices, the First Goalscorer and Correct Score markets should make plenty of appeal. Strikers such as Harry Kane and Fernando Llorente will generally be at the head of affairs in the goalscorer markets, but bettors willing to take a look at midfielders and defenders will often be handsomely rewarded.

With the advent of the betting exchange, sports betting has evolved once again. These mediums allow people to be the bookmaker and actually bet against an outcome they may have a strong opinion about. They can also be used to place bets, the advantage being that there are no limits to the stake you are able to place, and you can request the odds you want. Obviously, there is no guarantee that anyone else will be willing to match these however!

The future of sports betting looks bright, and it will be interesting to see just how things move forward over the next five or ten years with such huge changes having taken place over the previous decade. It would be no surprise to see betting terminals a regular fixture in the stands at Tottenham’s brand new stadium, as well as other Premier League grounds around the country before too long.