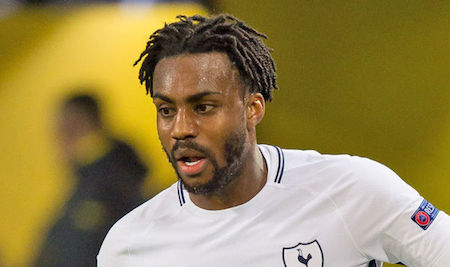 Rose’s Openness About Depression Is Commendable

In an unprecedented move, Gareth Southgate and his Communications Team made the decision to allow all 23 members of the English World Cup team to talk to the media before the games began. An even more extraordinary event followed when Danny Rose, Defender for Tottenham Hotspur, gave a 12-minute interview detailing his recent battle with depression.

Being Out of Play Triggered It

One of the main reasons the depression set in was that Rose sustained an injury to his knee in January 2017. As punters who follow his play thanks to the betting sites that make markets available for the Spurs will know, this resulted in him being side-lined for eight months.

Rose spoke of going to see a psychologist in the wake of the injury, and getting diagnosed with depression, something that no one was aware of until now. He said that he had to get away from the Club in order to take care of himself, and spoke of medication playing a part in getting him back to his old self.

Why Is It Still So Shocking?

Rose is not the first sports professional to talk about struggles with mental health. Recently a number of household names have divulged their experiences, with luminaries like Marcus Trescothick, Victoria Pendleton, Kelly Holmes, and Jonny Wilkinson all opening up.

What makes it so surprising is not that athletes suffer from depression, but that we should continue to be shocked that they do.

We tend to place sportsmen and women on pedestals: they inspire us, bring us hope, and unite us as fans. Maybe this is why it’s difficult for us to acknowledge that they’re just like the rest of us? If mental health issues are occurring in the general population, they will obviously be evident in the world of sports as well.

The very personality traits that make professional sports men and women so excellent at what they do is what makes them vulnerable. This part of the population indicates high levels of masochism, aggression, and obsession. Each of these plays a part in the drive to excel: there isn’t a professional sports player in the world that hits a wall and gives up.

Professionals have to push through pain barriers, and make huge sacrifices in order to get to the point where, like Danny Rose, they’re playing for one of the best Football Clubs in the world. This can be a double-edged sword, however. Becoming overly familiar with discomfort and pain could see you quickly tipping over into a situation that is physically, mentally, and emotionally debilitating.

There are many points at which individuals get more vulnerable, most notably at points of serious injury and enforced cessation of play. As Rose so eloquently put it, the adjustment to a new way of interacting in the world can be very difficult. There’s a loss of identity, and a depletion in the external feedback that assures you you’re worth something. Injuries force athletes to confront serious issues, and Danny Rose’s disarming honesty about his battle is a beacon for others who may be going through the same thing.