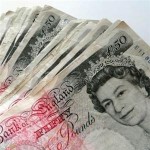 So where are these summer signings then?! I expected Tottenham to be very active in the transfer market by now but it just hasn’t happened. It sounds like Harry expected to get Joe Cole but I still thought we’d have three or four new squad members by now. Our boss was quoted in the press today talking about Man City’s resources, claiming fans would not care if ‘Saddam Hussein’ owned their club so long as he was pumping ridiculous amounts of money into it.

City’s spending power is incredible and eventually, I’m sure they will manage to buy the Premier League title and possible even the Champions League, but I believe we still have another season or two before the Abu Dhabi United Group complete their mission! Although it must be exciting times for City fans, I’d imagine it must also be a little tedious being able to basically go out and get anyone. As a fan you want success, but just buying it in that way makes very little appeal to me personally. If Spurs paid the type of transfer fee and wages that are being quoted for James Milner, I’d feel more than a little sick!

‘There’s still value in the transfer market, but you’ve got to be a genius. You’ve got to go and find somebody, but top players, they want top wages. That’s your problem.’

While Redknapp does have a point with regard to the transfer market being a tougher place to unearth bargains than it has been in years gone by, it’s not impossible. If anyone can come up with a couple of gems for fair money, it’s Harry. I think wages are an issue but there is a balance you have to find where that issue is concerned. The club have that balance about right at
the moment.

It just doesn’t feel normal being a Spurs fan this Summer. Champions League football and not being linked with every player under the sun while buying and selling lots of others. Maybe this is the new Tottenham, a more settled and stable one hopefully. That being said, two or three new faces before we kick off our campaign proper would be very welcome.