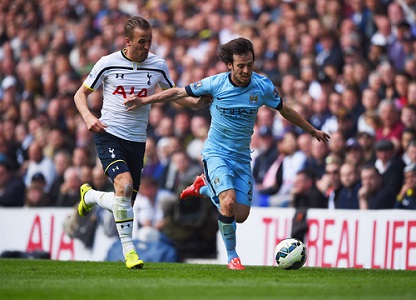 Only three positions separate Spurs and Man City in the Premier League table and despite having their title chances rubbished following a heavy defeat to Everton last weekend, only three points separate the sides.

Tottenham are of course in much better form, with Pep Guardiola all but admitting the title was beyond his side following that defeat.

But should their Citizens be written off? A look at the form guide gives us some indication of what might happen at the Etihad… 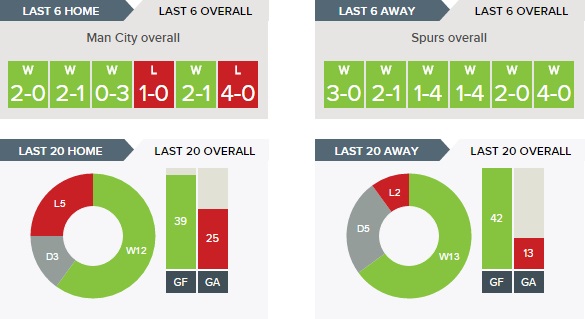 When it comes to goal difference Spurs also have superior stats across the last 20 games, with a miserly 13 goals conceded and 42 scored – a tally superior to City’s 39.

FORM GUIDE – HOME VS AWAY
Despite recent 4-1 wins over lesser opposition, Spurs have lost two away in the last six against Chelsea and Man United. 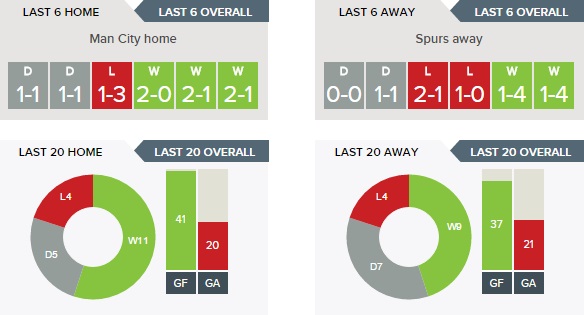 City’s home form has been mixed since an exceptional run at the beginning of the season, and losses to Chelsea as well as draws against Middlesbrough and Southampton at home mean they’ve dropped five points across the last six at the Etihad.

FIXTURE HISTORY
Recent meetings at the Eithad have not gone Tottenham’s way, with five defeats in six.
Spurs broke the trend last season though, with a 2-1 win courtesy of goals from Harry Kane and Christian Eriksen.

Memories of 6-0 thumping at the hands of city back in November 2013 will now hopefully be forgotten, and Pep Guardiola’s new look side is tactically very different to teams that have come before. 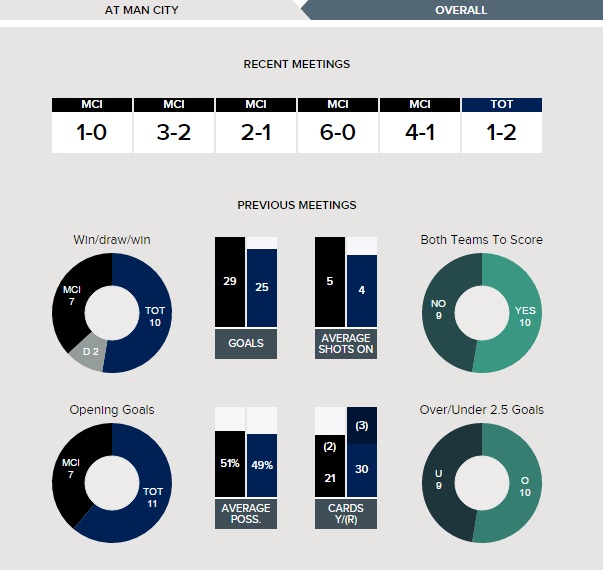 ALL COMPETITIONS
A look at form across the last ten games shows how dominant Spurs have been across all games of late.

A remarkable nine wins and one loss eclipses City’s four losses and one draw across the same period.

Spurs have conceded a third of the goals that City’s much-maligned defence has, and scored an average of one goal more across their corresponding fixtures.

All statistics point to one thing: a Tottenham win. But despite Man City’s soft underbelly, Spurs need to be wary of the side’s excellent attacking threat.

Guardiola has a number of star players back in contention for the game, following a difficult period of injuries and suspensions, and City will be keen to exorcise the demons that plagued them during their defeat last weekend.
Match preview and predictions by KickOff