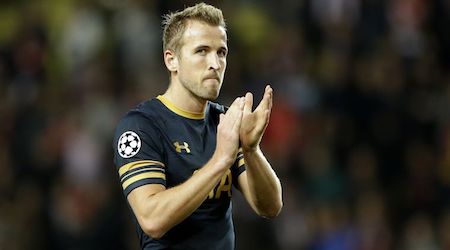 Harry Kane has signed a Tottenham Hotspur contract, which spans the next six years, and he’s making a bundle. Kane is looking at around £200,000, including bonuses, as Daniel Levy, the Club Chairman, raised the wage ceiling for the squad and then some!

It’s a Big Step Up

Kane was previously on a basic wage, at £100 000 per week. He signed that deal in December of 2016 and was set to run with it until 2022, and it took into account his being rewarded for good play with big bonuses.

The 24-year old football player’s most recent contract, the fourth that he has signed with the Spurs since August 2014, reflects his steep career trajectory and his status as a superstar, but also his affection for the Club. He’s been playing for the Spurs since he was a child, and seems intent to do so for the foreseeable future.

His Loyalty Is Commendable

Kane has secured a huge pay rise, and one that is wholly deserved, as any punter enjoying his games thanks to the sports betting NZ has to offer will be quick to tell you, but it wasn’t the best he could get. In all likelihood he could probably have secured quite a bit more at a Club like Real Madrid, who have expressed interest in signing him previously.

Kane’s commitment to his team is one of the many reasons he is such a favourite with fans, and he’s often spoken of his dream of winning big alongside his supporters. He remains determined to make a success of his time with the Spurs, and wants to end the trophy drought that has been in place since 2008.

He Just Keeps Getting Better and Better

Kane’s other motivation is to keep improving his game, and this he has managed to do every year since his breakthrough season back in 2014/15, when he scored 21 goals in the Premier League. Since then he has been awarded two Golden Boots, thanks to seasons of 25 and 29 goals, and he has most recently finished with 30.

Kane has scored 41 goals in all the games he’s played for Tottenham, a career performance high, and is racking up the points with England, as well.

Like every other football player, Kane has long stood in awe of the kinds of numbers being posted by Barcelona’s Lionel Messi and Real’s Cristiano Ronaldo, but he’s starting to make his mark. He finished 2017 as the Top Scorer in the European games, with 56 goals racked up for Club and country. He remains focussed on trying to break the duopoly of Messi and Ronaldo on the Ballon d’Or.

Kane smashed Alan Shearer’s record last year for the Most Premier League Goals in a Calendar Year, with a total of 39. He then overtook Teddy Sheringham as the leading scorer for Tottenham in the Premier League, after managing 108 Premier League goals in his 150 appearances on the field.