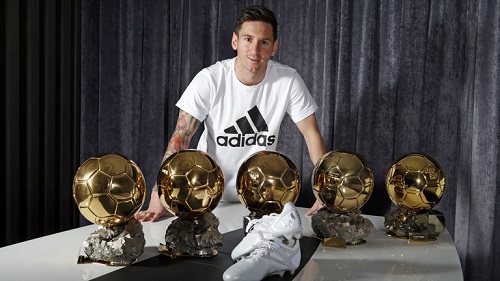 If any more proof were needed as to exactly how far Harry Kane has come in recent seasons, the prolific Tottenham frontman has now been shortlisted for arguably the most prestigious award in world football, the Ballon d’Or. Having been in absolutely superb form for both club and country over the past six weeks, this will no doubt be another huge boost for Kane and while winning the Ballon d’Or is probably a little out of his reach, being mentioned in the same circles as Messi, Ronaldo, Suarez and Naymar can only be a positive thing.

A total of six players from the Premier League have been selected among the thirty players on the 2017 Ballon d’Or shortlist, with Chelsea’s Eden Hazard and N’Golo Kante in the reckoning off the back of their title winning campaign last term. Manchester United goalkeeper David de Gea, Liverpool pair Philippe Coutinho and Sadio Mane, and Manchester City star Kevin de Bruyne make up the Premier League sextet. The bookies odds would suggest that Cristiano Ronaldo has the prize in the bag, but it is still encouraging to see that the top performers in England are being recognised.

Should the Real Madrid number seven land the 2017 Ballon d’Or, it would be the fifth occasion on which he has taken home the prestigious trophy and would also equal Lionel Messi’s five Ballon d’Or wins. While it is understandable that Ronaldo and Messi have completely dominated the France Football competition over the past decade, it would be refreshing to see a new name grace the Ballon d’Or trophy. Kaka’s 2007 success was the last time that the Ballon d’Or was won by someone other than Messi or Ronaldo. While Harry Kane even making the top three this time around is going to be somewhat improbable, there is no reason why the Spurs man cannot make strides in this sphere over the coming years. Harry has recently mentioned his determination to become a world class player, and if work ethic has anything to do with it, Kane will achieve just that.