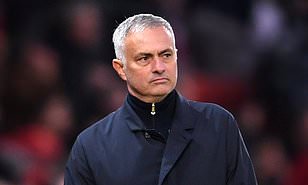 When Jose Mourinho arrive at Tottenham Hotspur in November 2019, there was equal measures of trepidation and excitement among the Spurs fanbase. Jose’s spells at Chelsea and Manchester United prior to the Tottenham appointment had been successful to a point, but Mourinho’s enthusiasm for those roles appeared to wain fairly quickly. The football club needed someone who was going to bring positivity and passion, not take a gamble on someone as would be the case at the best casino sites.

Mourinho’s first season in the Tottenham Hotspur hot seat wasn’t terrible, but equally, he did not exactly rip up any trees. However, no one was about to judge Jose off the back of a few months. Come the 2020/21 campaign, Mourinho had the opportunity to refresh the squad, and bring in a number of players of his own choosing. Everything was looking positive at the start of the current campaign. Mourinho had come across very well in the Amazon documentary, and I felt that would improve feeling with the Tottenham fans.

Although there have been good periods at times, Spurs now find themselves in 9th spot in the Premier League table, a full nine points outside the Champions League qualification places. Some will feel that Jose has played it too safe at times, and should have been more proactive such as the players at casinospielen. There have been occasions where Tottenham have won matches with a limited amount of possession. The problem is when you adopt this approach, it is vital that your players take chances when they present themselves. Outside of Kane and Son, there is not that required level of consistency.

As things stand, I will be surprised to see Jose Mourinho start next season as Tottenham Hotspur manager. Obviously a trophy could change my view, but I just can’t see this side getting the better of Manchester City in the League Cup final. I also don’t think they have the mentality to go all the way in the Europa League. Hopefully, they prove me wrong.