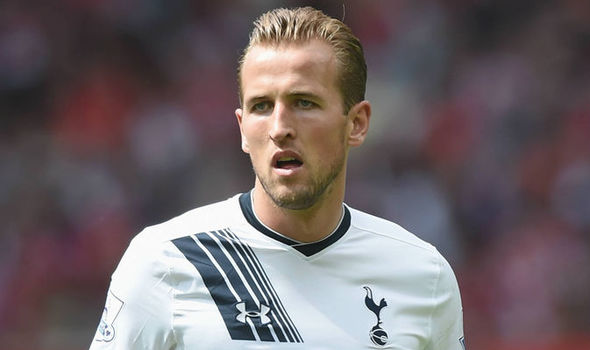 While Talksport isn’t often my radio station of choice, I happened to be listening to the drive time show on the way home last night and Harry Kane was the topic of discussion. The masses were suggesting that Kane was likely to be on his way if a big offer came in for the two-time Golden Boot winner. Stand in host Danny Kelly was very much of the opposite opinion however and slapped a somewhat tongue in cheek price tag of £400m on Harry’s head. So what exactly is Harry Kane worth in the current market? Would Daniel Levy be willing to sell for that matter?

Having established themselves as serious title challengers over the past couple of seasons, this current Tottenham Hotspur squad are a force to be reckoned with. Under the guidance of Mauricio Pochettino, the players are happy to give 110%, and the return to the Champions League should mean that Spurs are able to continue to attract more top talent. One stumbling block to keeping all the playing staff happy is the wage structure Daniel Levy and the Tottenham Hotspur board have in place. Spurs aren’t willing or able to match the astronomical wages paid by the likes of Manchester City and Chelsea, and that is always going to be a factor when dealing with players at the pinnacle of the sport. Check out the figures paid to stars like Paul Pogba and Eden Hazard, and Tottenham’s top earners pale in comparison.

Daniel Levy does have a long history of selling Tottenham Hotspur’s marquee players if the right offer comes in. Luka Modric and Gareth Bale are both examples of talent that has left the club for big money, but that selling club mentality has somewhat changed in recent times. While Spurs may not have had such world class talent as Modric and Bale in their squad over the past couple of seasons, Hugo Lloris, Harry Kane and Dele Ali are all arguably not far off. As things stand, it doesn’t appear that Pochettino will be losing any of his key personnel and only those surplus to requirements such as Kyle Walker, will be shown the exit door.

Harry Kane seems to genuinely love being at Tottenham and doesn’t strike me as the type of man who is particularly motivated by money. Having already made Kane one of the club’s top earners with a new contract at the end of last year, I’m confident that Daniel Levy will be happy to increase Harry’s £100,000 further still to see off any potential interest from the likes of Manchester United. It would be no surprise to see a ridiculous sum of money offered for Harry Kane before the transfer window closes, but I am confident he will remain a Tottenham Hotspur player for the foreseeable future.