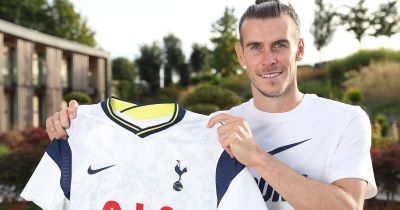 Gareth Bale made a triumphant return to Tottenham Hotspur Football Club on September 19th 2020, much to the delight of Spurs fans. The Welshman had been sorely missed ever since his move from Tottenham to Real Madrid seven years prior in 2013. The then world record transfer fee undoubtedly placed additional pressure on Bale to produce the goods season after season, despite having a number of injuries to contend with. Gareth Bale endured a tough time with the Real Madrid fans, and may have felt more at home at a casino south africa, but it is hard to fathom why.

Jose Mourinho just missed out on managing Gareth Bale at Real Madrid. The former Chelsea boss departed the Santiago Bernabeu during the same summer that Bale arrived. Mourinho has since commented that he actually tried to sign Gareth Bale during his time in charge of Los Blancos, and that is certainly a positive as far as a successful season for the Welshman is concerned. However, Jose has thus far used his star man sparingly since his loan move was completed. Bale has featured in just the three Premier League games and was not involved in the 2-0 victory over Manchester City this past weekend.

My personal view is that Gareth Bale does not suit Mourinho in certain matches. He will definitely play a number of Europa League and Cup games, but I’d imagine when it comes to the bread and butter tough Premier League fixtures, Bale will be used more as a luxury. I don’t imagine this approach souring the relationship between player and manager. Gareth’s injury record has seen him spend a lot of time on the golf course as well as on the tables at online casinos nz if some reports are to be believed. Being used selectively could well aid Bale’s durability and ensure he is available for selection for the bulk of the campaign. He game changing qualities may prove vital at certain stages of the season.