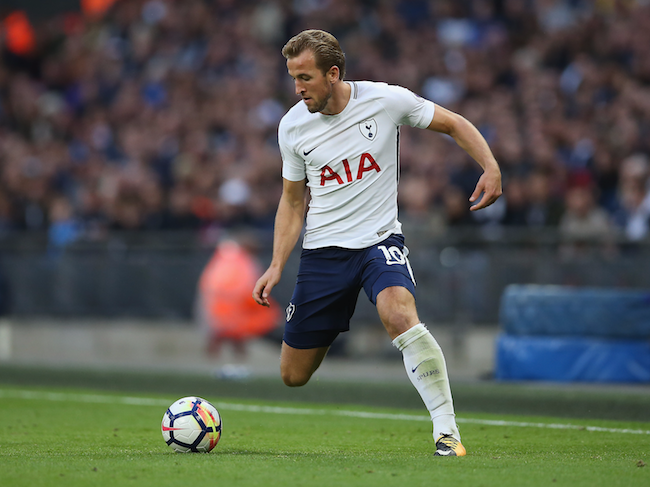 The date: November 1st, 2017. The venue: Wembley. The Occasion: Tottenham Hotspur v Real Madrid in the Champions League group stages. The result: 3-1 to Spurs. In the aftermath of that game, you’d be hard-pressed to find many who would have bet on Spurs taking eight points from their next six Premier League games.

It’s a sequence of results that has left them in sixth place with just 28 points, their title bid over before it ever got going. All of a sudden, manager Mauricio Pochettino’s comments about sidelining domestic cup competitions to increase their chances of winning bigger trophies looks absurd.

That magnificent victory over the current Champions League holders was the moment Spurs should have solidified themselves as bona fide powerhouses in football. At least, that’s what many thought. What followed certainly hasn’t gone to plan.

Is it just a dip in form for Spurs? Or is there a bigger issue festering, one that could derail their season and send them back to the Europa League next season?

The line-up
It’s hard to argue against the quality of Tottenham’s first 11. Whether it’s a 3-4-3, a 3-5-2 or a 4-2-3-1 formation, Spurs boast players throughout their line-up that would feature for most European clubs. Harry Kane has proven his credentials as a world-class striker and is surely worth up to £200m in this current market.

Tottenham still have good odds to finish in the top four, which is easily configured for a punt on them. Especially when watching the team live with players like Christian Eriksen, who has proved himself to be one of the top midfielders in the league – no easy feat alongside the likes of David Silva and Kevin De Bruyne.

By his own high standards, Dele Alli has struggled for form this season but is still one of the brightest young talents in the world game. Moussa Dembele is still one of the best dribblers in the league, while Harry Winks has shown promise. Victor Wanyama shields the defence with the best in the business and Eric Dier is another star-in-waiting.

At the back, Spurs feature one of the league’s best centre backs in Toby Alderweireld. Davinson Sanchez has so far been an excellent signing, and Jan Vertonghen is always solid. France goalkeeper Hugo Lloris is one of the best goalkeepers in the world.

You could argue that Tottenham have missed Kyle Walker, but Kieran Trippier has performed admirably and Ben Davies has so far been one of the best left-backs in the league. The best is still probably yet to come from Serge Aurier.

All the ingredients are there for Spurs. They arguably have a better first-choice 11 than Arsenal, Liverpool and Manchester United. Although, their league form doesn’t exactly back that up with total confidence at the moment.

Injuries
If you’re looking for a strike against Spurs, squad depth is certainly where they fall short. The loss of players with the quality of Alderweireld and Wanyama would be felt at any club. But at Tottenham, it’s even more of an issue.

Yes, they have improved squad depth thanks to the rise of players like Winks, but it could be better. Dier does fine as a utility centre-back, but ideally, you want four top draw specialist in that position. Especially if you’re playing a back three.

After Eriksen and Alli, Spurs have Son, who has carried on his good form into this season. And the return of Erik Lamela is welcome. Yet Tottenham could really do with a player who has pace and power to trouble defences from the bench.

The Pochettino effect
One of the strongest arguments for Tottenham’s recent wobbly patch being only a temporary one is their manager. In Pochettino, they have one of Europe’s most sought-after coaches. Sure, there is the caveat of him not winning a trophy yet. But what he’s done with Tottenham is nothing short of remarkable.

In Pochettino, Spurs have a manager who is capable of getting the best out his players. He has a flexible mindset to tactics and understands that sometimes his players need to mix it up to compete against the best.

When he took over, Tottenham was in a bit of a mess. Three-and-a-half years later and his side plays some of the best football in the league. The only concern is whether he tires of a board of procrastinating in the transfer market.

Transfer targets
If there is one blotch against Tottenham’s stellar work in the last few years, it’s in the transfer market. While there have been some truly excellent signings – Wanyama and Sanchez – there have also been a few duds.

In fact, they’ve ended up looking more like desperation signings. And nowhere is that more prevalent than Moussa Sissoko. Signed for £30m on transfer deadline day in 2016, it’s hard to argue against the Frenchman being anything other than a flop.

This season he’s shown flashes of skill in patches, but if Spurs want to move up a level, they need squad depth with more quality than Sissoko. And that has predominantly been the problem – Tottenham haven’t been smart enough in the transfer market.

It is, of course, much easier said than done. Compared to the other five clubs in the so-called big six, Spurs are working with the fewest resources. Factor in a move to new stadium and the decks are stacked against them.

Yet that doesn’t totally excuse them. Spurs have been smart in the past, snapping up Eric Dier, Wanyama and Toby Alderweireld for reasonable fees. They need to channel that type of energy into finding young players with no fear and a desire to succeed.

What does the future hold?
These are exciting times for Tottenham. With a mouthwatering draw against Juventus in the Champions League, there is still plenty to excite in the season ahead. If they can find one or two players to add to the competition for places in January, it could still end up being a season to remember.

Fail to add to the squad, though, and another season of promise could disappear into the sunset. Tottenham could go from having a group of exciting youngsters, to fighting off the vultures offering more money and a better chance of silverware.

It’s finely balanced. You would bet on Pochettino tipping it in Spurs’ favour, however. Will 2018 be the year that the Spurs go marching in?