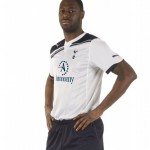 I was having a look at the betting for next season’s Premier League today and although the bookies normally aren’t far wrong, I feel the prices are a little off the mark. While I don’t for a second expect Tottenham to be winning the league, I am confused as to how they can be 40/1 shots with Man City as short as 9/2 and Liverpool as short as 11/1.

Man City’s spending power is phenomenal and they have added some serious talent to their squad this summer with the likes of Boateng, Toure and Silva joining an already excellent group of players. The problem for them is I don’t see Mancini as the man to get these players to gel or control their egos and settle the unrest when their start to the campaign isn’t as phenomenal as everyone is expecting. I think they could well end up in a similar position to last season.

Are Liverpool suddenly going to be a successful side under Roy Hodgson? They looked awful at times last season and it’s going to take them time to rebuild. Torres appears to be in a very bad way if the world cup is anything to go by. Carragher isn’t half the player he was a few years ago and Gerrard turns it on when he’s in the mood. This is assuming Torres and Gerrard are staying.

Now onto the 40/1 outsiders! Admittedly, one good season does not a great club make, but there is just as much reason to believe we can continue our progression under Harry Redknapp as there is we will resume the battle for 7th and 8th place. I don’t feel like last season was a fluke. Our home form has been solid for a number of years now and we have finally mastered the art of picking up points on the road. The possibility of a Champions League campaign will test the squad, but we have the strength in depth now to be able to change the personnel from game to game and still be a force in the Premiership.

The betting for the top 4 sees us 6th best behind Chelsea, Utd, City, Arsenal and Liverpool. I seem to remember us being given a similar chance at the start of last season. History has a habit of repeating itself…