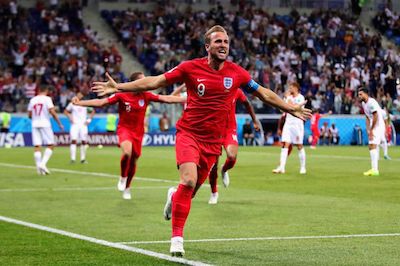 Once labelled as a ‘one season wonder’ by rival supporters, Harry Kane has defied the odds throughout his entire professional career.

The England international, now on 15 goals in just 25 appearances for his country, has enjoyed a prolific start to life in the Premier League and he is only going to get better. With 108 goals in 153 top flight games, Kane looks destined to break Alan Shearer’s record of 260 Premier League goals.

Spurs have tied Kane down to a new and improved six-year contract and supporters will be happy to see Daniel Levy splashing out the cash on the England star.

According to various reports, Kane has had his salary doubled to an estimated £200,000 a week and Spurs should be confident of keeping him in north London for the duration of his contract. This Spurs side have the potential to go on and win the title in the not-so-distant future…

Tottenham Star Hungry for Individual Accolades
Getting his hands back on the Golden Boot award will be high on Kane’s list of priorities next season; Liverpool’s Mohamed Salah was on another level this year.

An injury hindered Kane in his pursuit of individual recognition but he still managed to finish second – an
incredible achievement considering that setback. Tottenham can continue to build around Kane in the transfer window and success will follow if you surround the England man with creative talent.

Kane will hopefully head into the 2018/19 campaign following a successful World Cup – the Spurs striker bagged a brace in England’s opening victory over Tunisia.

The Three Lions could finish at the top of Group G but Belgium, led by Tottenham duo Toby Alderweireld and Jan Vertonghen, will have other ideas. At the time of writing, England are valued at 9/5 with William Hill to emerge victorious in that particular clash. Plenty of punters will fancy Gareth Southgate’s men to go far this summer despite their poor record at major events.

Kane Looking to Make a Statement Ahead of 2018/19 Campaign

The England captain will be looking to lead his side to the last-16 and beyond this summer and he will be providing inside knowledge on his Tottenham teammates.

Spurs fans will be hoping that Kane can get through the World Cup unscathed and a few goals could be huge for momentum and confidence going into next season. Salah, arguably his main rival again next season, will struggle to shine whilst playing for already-eliminated Egypt.

"Why Harry Kane is right to target the Golden Boot"

Harry Kane has had some sensational moments in a Tottenham Hotspur shirt in recent years but the best is yet to come. The England man is hungry to surpass Shearer’s record and it is hard to write him off on his efforts so far during his career.

Wayne Rooney’s Three Lions goalscoring record is well within his sights as well; Kane has an opportunity to cement his name in the history books as one of the all-time England greats. Write him off at your peril.