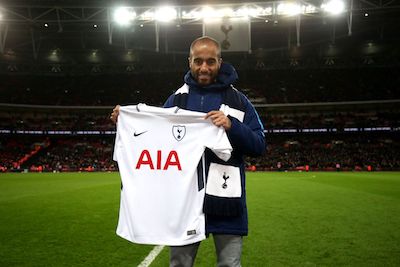 Tottenham are yet to make any moves in this transfer window and with less than two weeks to go until its closure, the pessimists are out in force! I’m personally of the opinion that Spurs don’t necessarily need to make any signings to be competitive during the 2018-19 Premier League campaign. Here are the reasons why..

1 – The squad is already awash with talent
Kane, Eriksen, Trippier and Vertonghen are just some of the top class members of the current Tottenham Hotspur squad. Manager Mauricio Pochettino has a really settled first team and sufficient cover in the majority of positions.

2 – Lucas Moura will be like a new signing
Spurs fans didn’t get to see the best of Brazilian winger Lucas Moura last term, but the former PSG man had minimal opportunities. I’m under the impression that this was a deliberate move from the coaching team, with Moura being given time to acclimatise. The player has recently come out to state how settled he now feels at Tottenham, and this week’s brace against Roma could well be a sign of things to come.

3 – History repeating
Levy and Pochettino often do their business towards the end of the transfer window and don’t make a habit of buying for buying’s sake. Fans and pundits have written Spurs top four chances off the past couple of season due to a perceived lack of transfer activity. They have been proven wrong on both occasions. It could well be more of the same this term.

4 – Returnees
Having recently signed a new five year deal, Harry Winks looks set to make an impact on his return from injury in the upcoming months. Winks would likely have been part of Gareth Southgate’s World Cup squad were it not for an ankle injury picked up against Crystal Palace last November. The young midfielder did manage 25 appearances in 2017-18 but wasn’t quite at his best following the Palace encounter. Harry Winks has now undergone surgery, and is poised to make a first team comeback. In addition, Erik Lamela should be back to his very best with a full pre-season under his belt having overcome a long-term hip complaint.

5 – Tottenham Hotspur Stadium
Although Spurs have finally put their Wembley hoodoo to bed, the move back to official home soil on September 15th will give the club a massive boost. The Tottenham Hotspur Stadium looks like a superb development, and the atmosphere is sure to be more like we are used to at White Hart Lane than the somewhat soulless national stadium. Away sides should find the new ground an intimidating venue and I’m hopeful that Tottenham can make it into a fortress.