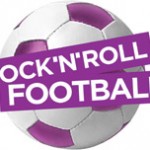 As you’ll probably remember, Tottenham’s last Premier League game after a midweek European fixture wasn’t all that successful. I feel the Young Boys were kind of just a warm up to our European adventure, let’s pretend the Wigan game was the same thing where the Premiership is concerned!

Apart from last weekend’s slightly unlucky defeat at the hands of Fulham, Wolves have made a solid start to the season. Although you’d struggle to pick out any real superstars from their team, Mick McCarthy has them well drilled and they are more than capable of picking up points on the road, as demonstrated when they turned us over at the Lane last season. In fact, Wolves were the only team apart from Man Utd to take 6pts off us last season. I do, however, think we can put that right tomorrow.

Even taking our injury problems into account, we still have the squad to be able to shuffle the pack after European games, and come up with a side that man for man is far superior to Wolves. Whether they can match a Wolves side’s work ethic and team cohesion is debatable but with home advantage, Spurs should still have too much for Mick McCarthy’s men.

As far as team news is concerned, Van Der Vaart, Modric and King are all doubtful. Jermaine Jenas could well keep his place after a very good performance against Werder Bremen but personally, I’ll be wanting to see Wilson Palacios in the starting line up to combat Wolves’ aggressive style.

I’m working closely with Absolute Radio throughout this football season and for any fans that can’t make it to the game tomorrow, they are providing full match coverage.

Listen to Spurs VS Wolves this Saturday 18th September only on Absolute Radio extra – on DAB Digital Radio, 1215AM and online in the UK from 1.30pm. For more go to www.absoluteradio.co.uk