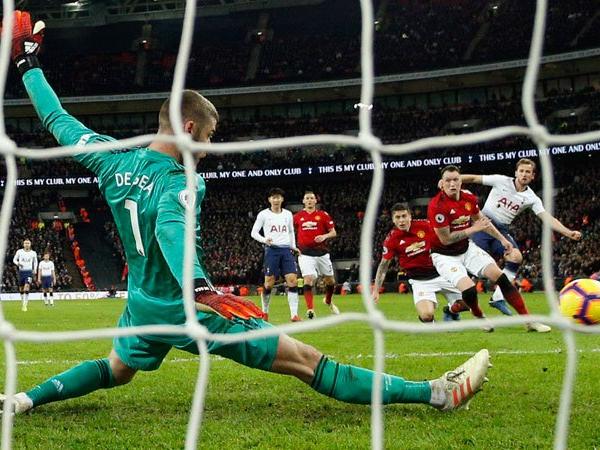 Tottenham manager Mauricio Pochettino has described his side’s second half performance against Manchester United this past weekend as ‘the best they have played during his four and a half years at the club’. Aside from the disappointing loss to Wolves over the Christmas period, Spurs have been in a rare vein of form over recent weeks. Those looking to get a Betfred promo code and put it to good use could do far worse than to back Tottenham in their forthcoming fixtures against London rivals Fulham and Watford. Despite Spurs being on the wrong end of a 1-0 score line, the home side were completely dominant, but were unable to find a way past the heroic David de Gea. The Spaniard has consistently been one of United’s best players for a number of years, but his form this season has been somewhat open to question. Any suggestions of de Gea’s abilities waning were well and truly put to bed on Sunday afternoon, with the goalkeeper making all manner of impressive saves from the Tottenham Hotspur frontline.

Over the course of the 90 minutes, Tottenham had 61% of the possession, with 21 shots to Man Utd’s 13. While it would be expected for the home side to have a territorial advantage, it was actually Manchester United who were ahead on points in the first half. Both sides had chances, but it was a ruthless finish from the in-form Marcus Rashford on the 44 minute mark that gave Ole Gunnaer Solskjaer’s men the lead. Despite an onslaught from Tottenham throughout the second half, Utd were able to hang on, and record their sixth victory in succession. The turnaround in fortunes since Solskjaer’s arrival has been quite incredible. Man Utd now sit in sixth position in the Premier League, level on points with fifth placed Arsenal and just six points outside of the top four. Spurs still occupy third spot, but this defeat all but ends any title aspirations.

Amazingly, Tottenham Hotspur are yet to draw a game during their current Premier League campaign. An impressive 16 victories from 22 games played is somewhat tarnished by 6 losses. That is more than any other team in the top six, and double that of top four rivals Liverpool, Man City and Chelsea. Spurs are still well and truly in the driver’s seat as far as Champions League qualification for next season is concerned, but Mauricio Pochettino won’t allow his squad to become complacent with Chelsea now within a point, and Manchester United in such excellent form. It will be important for Spurs to bounce back with a win at Fulham this coming Sunday. That encounter coming prior to the huge League Cup Semi Final second leg at Stamford Bridge the following Thursday. With big games coming thick and fast, it would be good to see Pochettino bring in a player or two during the January Transfer Window. Particularly now Harry Kane is facing a potential lay off, with a recurrence of his ankle problem following a bad tackle during the Utd clash.