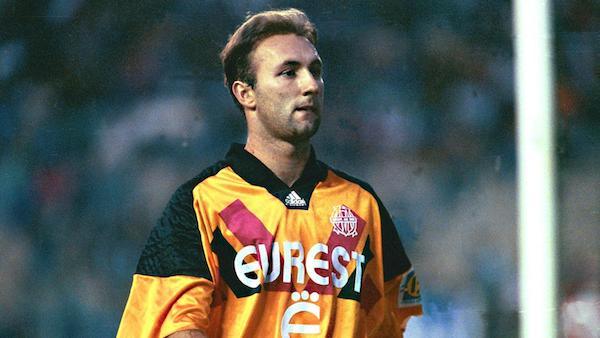 You may think your favourite footballer has achieved their greatest dreams stepping on the hallowed turf of your favourite club’s stadium. They’ve defied the odds to reach the peak and should be pretty happy with themselves. However your dreams and their dreams are probably not as similar as you’d think.

Take Mickey Rourke for example, he was a young, devilishly handsome actor who had just starred in some massive movies and was adored by the finer sex the world over. You might think he’d reached his peak, but for him, there were other burning aspirations. Rather than earn millions of pounds and bedding a new woman every night as an actor he hung up his script and went into boxing. Whilst he was a mild success, winning six fights and drawing two, the features that earned him the adoration of women had taken a hit, literally.

During his boxing career, Rourke suffered a number of injuries, including a broken nose, toe, and ribs, a split tongue, and a compressed cheekbone. He also suffered from short term memory loss. Due to Rourke’s boxing career his face needed reconstructive surgery to mend his injuries. His face was later called “appallingly disfigured”. Whilst this is a cautionary tale, many people on this list handled the transition much better and some even would have had the masses paddy power betting in their favour.

Fabien Barthez – Motorsport
French goalkeeper Fabian Barthez played at some massive clubs in his career including the French National Team, Manchester United, Marseille, AS Monaco, Toulouse and Nantes. Unsatisfied with his footballing career, upon hanging up his gloves Fabien went into motor racing. In 2008 He began competing at selected events in the Porsche Carrera Cup France as well as later taking part in the 24 hour race at Le Mans.

Lee Bowyer – Carp Fishing
English midfielder Lee Bowyer fancied a more laid back approach to his retirement. After playing professional football at the top level for over 18 years, when he retired he opened up a carp fishing lake in France. Etang de Bows (Bow’s Lake) has fish up to 75lb and regularly welcomes high profile fisherman.

Curtis Woodhouse – Boxing
Following in a similar vein to Mickey, Curtis Woodhouse decided to try his hand at boxing when his footballing career came to an (abrupt) end. Curtis wasn’t much of a looker beforehand which probably made it easier to take the punishment through some gruelling contents. With a professional boxing record of 24 wins and 7 losses he wasn’t too bad either.

Tim Wiese – WWE Wrestling
After playing professional football most of his life Tim Wiese decided on a completely different career after he hung up his gloves (goalkeepers eh) and went into professional wrestling. In 2014 he was offered a development contract by WWE and after progressing through training he made his debut in a live event in Munich in 2016.