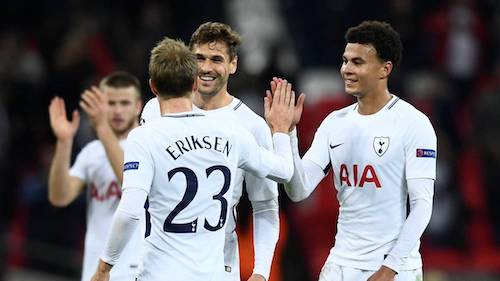 Tottenham managed to stop the rot this past weekend, fighting back from a goal down to secure a 1-1 draw against Arsenal in dramatic fashion. Mauricio Pochettino’s men had lost their previous two Premier League matches, and it was imperative that the run did not stretch to three games. The point gained leave Spurs in third spot in the Premier League table, with Manchester United, Arsenal and Chelsea all in hot pursuit. Tottenham were very much in the driver’s seat as far as the race for Champions League qualification is concerned, but the battle for third and fourth place now appears wide open.

Keen punters will be looking for treble tips for football matches prior to the next round of top flight fixtures this weekend. There are some tricky puzzles to solve, none more so than Spurs’ trip to St Mary’s Stadium to take on Southampton. The Saints were on the wrong end of a 3-2 scoreline at Old Trafford on Saturday, but Ralph Hasenhuttl’s side came out of that game with a lot of credit and are sure to cause problems for Tottenham. One positive as far as Spurs are concerned is the fact that Arsenal host Manchester United, so one of those teams, or potentially both, could drop points.

Injuries and a lack of signings have curtailed Spurs somewhat this season. These problems coupled with long delay to moving into the new stadium have meant that the current crop of players have arguably overachieved in recent months. To have been involved in the Premier League title race until the end of February shows just what a versatile squad Mauricio Pochettino has at his disposal. It’s just unfortunate that a few additions were not made in the summer, as I feel this would really have helped the Lillywhite’s chances of silverware.

Away from domestic competition, Tottenham Hotspur are still currently involved in the latter stages of this season’s Champions League. Pochettino’s team look likely to progress to the quarter finals following a 3-0 first leg victory over Borussia Dortmund two weeks ago. Following a very testing time during the group stages, Spurs have done extremely well to make it to the latter stages and a last eight berth will certainly give the fans something to cheers about. While it’s difficult to envisage Tottenham actually lifting the Champions League trophy, they are in with an outside chance. Should Harry Kane and co manage to achieve the impossible, it would arguably be the club’s greatest success to date and make the 2018/19 campaign one to remember.
The realist in me expects Spurs to come up just short on the European front, but hang on for a top four finish in the Premier League. Whether manager Mauricio Pochettino and some of the club’s biggest stars such as Harry Kane and Christian Eriksen are still in North London next term remains to be seen. Another trophy less campaign isn’t likely to help on that front.