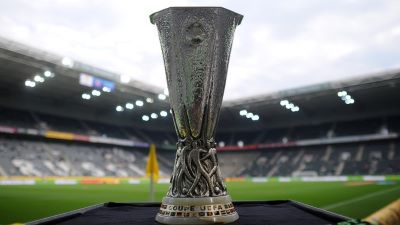 Currently flying high in the Premier League, Tottenham Hotspur are fighting for silverware in a number of different competitions this term. While the League Cup would appear to be Spurs’ most obvious route to success, Jose Mourinho will no doubt be keen to see his side progress to the latter stages of the Europa League. The Tottenham Hotspur boss has an unblemished record in the competition, having taken the two sides he has previously managed in the tournament on to lift the trophy. Gamblers such as those who compete at www.cancasinos.ca are likely to be backing the Portuguese coach to go all the way once again.

Tottenham have been victorious in two of their three Europa League group stage matches thus far this season, the reverse coming in a 1-0 defeat at the hands of Antwerp. Ludogorets caused few problems for Spurs on the 5th of November, and it will be a huge shock if the home side are unable to get the job done against the same team this Thursday evening. I expect to see Jose Mourinho rotate his squad somewhat for this particular encounter, with Gareth Bale likely to feature for the Lilywhites.

Although Spurs sit top of Group J as things stand, this is only by virtue of goal difference, with three sides all level on six points. With two out of their three remaining fixtures coming at home, it is difficult to see Tottenham not finishing in one of the top two positions, and I fully expect them to win the Group. There are still a number of quality sides who can make it to the knockout stages of the 2020/21 Europa League, but I don’t see anyone that Tottenham should necessarily be fearful of. Napoli, Roma and Leicester all stand out, and Steven Gerrard’s Glasgow Rangers should not be underestimated. A number of big win online casinos also take sports bets, and Spurs will be among the favourites to taste Europa League glory. I would not put anyone off a wager on Jose Mourinho completing a hat trick.