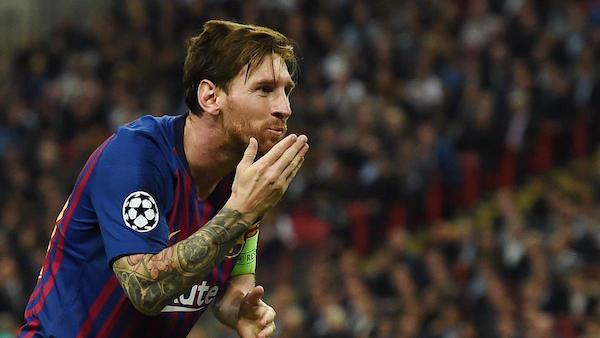 Tottenham travel to the Nou Camp this Wednesday evening in search of a victory which would send them through to the knockout stages of the Champions League. While this does appear a huge ask for Mauricio Pochettino’s men, there are some mitigating circumstances which give Spurs more than a fighting chance of getting something from this clash with the Spanish giants.

Modern online pokies and various online bookmakers make Barcelona a shade of odds on to run out victorious, with Spurs around a 5/2 chance generally. This is an inconsequential game for the home side, with Barca having already secured top spot in Group B with a match to spare. Tottenham currently lie second, but are level on points with Inter Milan. With PSV Eindhoven already completely out of contention, it is difficult to see them troubling Inter at the San Siro. Therefore, Spurs are very likely to need all three points if they are to progress any further in the competition.

Even the top online casinos are unlikely to lay big odds against a Tottenham Hotspur victory, due largely to the fact Barcelona don’t need to play their strongest eleven. The Catalans are clearly not going to want to taste defeat on home soil, but their motivation for an encounter such as this is going to be open to question. Barcelona did outclass Spurs during the reverse fixture at Wembley Stadium, running out 4-2 winners back in early October. The fact that Tottenham were able to breach the Barca backline on two occasions definitely gives the North London outfit some hope going into this intriguing matchup.

Spurs boss Mauricio Pochettino has been very positive in the build up to Tuesday night’s game, the Argentinian knowing how crucial a victory could be for the future of his squad. There is sure to be interest in some of his squad in the January transfer window, but the promise of further progress in Europe’s elite football competition could well stave off potential suitors and encourage some players to sign contract extensions. Pochettino’s connection with Espanyol adds further spice to an already enthralling encounter. I cannot wait to see how this one plays out, and while my head says Spurs are likely to end up in the Europa League, there is a slim chance of a famous victory on Spanish soil.