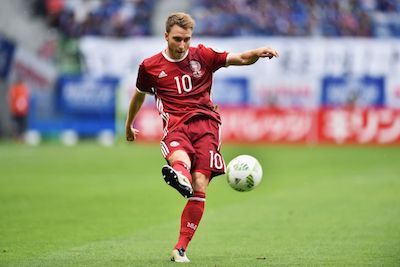 With a plethora of Spurs players set to head over to Russia for the World Cup, can they make the difference and win the most coveted trophy in world football. Let’s take a look at who we think will shine this summer at the World Cup 2018.

It’s hard not to start with the obvious, but he’s a certainty to be on the plane. Although Kane missed out on the Premier League golden boot this season, he has continued his prolific form in front of goal. With bookies offering 16-1 for Kane to be top goalscorer at the World Cup, although he’s not the favourite, he is certainly up there. It’s refreshing to see Southgate go with youth as well, so let’s hope they are hungry enough for success.

OK Alli hasn’t had the best of seasons, but there is no doubting his talent. If he can rediscover some of his best form, he has a strong chance of influencing things in midfield. There are question marks over whether he will start in Russia, but if he can secure a place, we expect some assists and goals if he’s firing on all four cylinders.

He’s arguably Denmark’s best player and according to some, their best chance of progressing beyond the group stage. If Eriksen can do the business, they have every chance of qualifying from group C in second place. France are the clear favourites, but if Denmark can see of Peru, then they’d have a last 16 match to look forward to and that would be an excellent achievement.

If there was a group of death at the 2018 World Cup then Group F would be it. Up against the likes of Germany, Mexico and Sweden it’s going to be a tall order to qualify for the next round. Again Son is one f the best players that South Korea have. The thing with South Korea, is they play very well as a unit. If they can keep things tight at the back and Son pops up with a couple of goals and assists, they could just squeak through. It is a big ask though.

With the World Cup only weeks away, we’re excited to see who will perform. There are plenty of Spurs players that a primed to do well and it could bode very well for next season too.