The pick of the midweek fixtures is definitely the clash at White Hart Lane between Tottenham Hotspur and Manchester City. Spurs sit seven points behind title chasing City but a victory for Tim Sherwood’s men would see them close that gap to just four and be hot on the heels of the Premier League leaders. […] 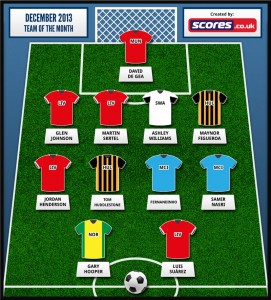 Under Tim Sherwood, Tottenham collected seven points from a possible nine during the month of December. Barring the 5-0 loss to Liverpool, Spurs had a very successful month, with that result being the club’s only defeat of the seven games that they were involved in. From a goal scoring perspective, no player really stood out, […]

This weekend will see an in-form Tottenham Hotspur side travel to Wales to take on Michael Laudrup’s Swansea City. The Swans are arguably a better team than their recent results suggest but they are in need of some Premier League points to put a bit of distance between themselves and the relegation zone. Things are […]

Tottenham travel to The Emirates this Saturday afternoon to face bitter rivals Arsenal in the 3rd round of the FA Cup. This match is certainly the pick of the round and as such has been moved to a 5:15pm kick off to accommodate the live coverage on itv. Most recently, the two sides met in […]