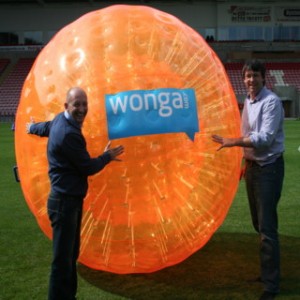 The club is looking for a brave fan to take on a Blackpool supporter in the half-time Wonga Cash Dash, when the teams meet at Bloomfield Road on Sunday, December 19. To enter, CLICK HERE. The Cash Dash is a race in two giant zorb balls, across the Bloomfield turf, between one home and one […]

Sorry about the lack of updates recently. I’ve been living in a parallel universe where Tottenham win almost all the time. They beat Arsenal at the Emirates in the Premier League and qualified for the last 16 of the Champions League with a game to spare. Instead of gifting the opposition late goals and having […]